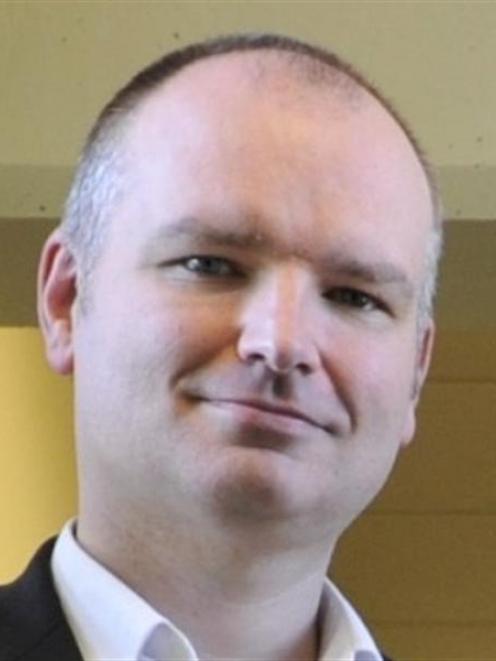 Colin Gavaghan
A criminal's genetic make-up could in the future determine how long they are sentenced to spend in jail and affect when or if they might be released.

''Genetic or neuroscientific'' evidence being used in the justice system was not ''far-fetched'' and could happen in New Zealand, the University of Otago's Prof Colin Gavaghan said in Dunedin last night at a Genetics Week lecture titled ''Dealing Ethically with Genes for Criminality''.

Research suggested people with genes causing low levels of an enzyme called MAO-A, when combined with a bad childhood, had a ''significantly higher'' rate of ''violent criminality'', he said.

In contrast, those with high levels of MAO-A, even those who experienced bad childhoods, were less prone to violence.

This and other genetic and neuroscientific research had already been used in the Italian justice system and it could be used here in ''two ways''.

It could be used to excuse a defendant of their conduct or ''reduce their culpability'' - for example having murder reduced to manslaughter or being given a lighter sentence.

''I have spoken to one judge fairly recently who said he would have no problem with admitting genetic evidence at [sentencing] if he was convinced it was reliable evidence.''

It could also be used as evidence to keep people in prison for longer, or deny parole, on the basis they were genetically predisposed to reoffend when released.

Prof Gavaghan, the director of the New Zealand Law Foundation Centre for Law and Policy in Emerging Technologies, said this could become more relevant if Justice Minister Judith Collins' Public Safety (Public Protection Orders) Bill passed, which would allow the most serious sexual or violent offenders to be detained after serving their sentence if they were judged to pose an imminent risk of reoffending.

As the science developed, there was a possibility of it being used in more disturbing ways, with The Anatomy of Violence author Adrian Raine raising the possibility of a future where all males at age 18 are given a brain scan - and if they failed they could be ''detained indefinitely''.

The development of science in this field raised ''important'' political questions over the course New Zealand should take, Prof Gavaghan said. He also said that a large proportion of the public would likely support the scenario envisaged by Mr Raine.

''If the public are offered a possibility that they and their children will be safe and the only cost will be a small number of dangerous people will be deprived of their freedom, I don't think politically that's a hard sell at all.''

He suggested children with the low MAO-A producing gene could be prioritised by social service agencies, because they were more likely to commit violence if they were not well raised.

He also argued in favour of using drugs to enhance morals in ''targeted ways'', and not just for criminals.

''It is only a matter of time before the human brain can be under our control, as indeed our body is, in terms of physical enhancements,'' Prof Savulescu said.