Glitches on first day of Bee Card cause minor delays

Passengers on Dunedin’s buses should have a smoother ride today, as confusion related to the new Bee Card system is expected to subside.

Some buses were 10 minutes late yesterday morning, after people had trouble tagging on and tagging off.

The Bee Card has replaced the GoCard and one effect of the switch is it takes a little longer for passengers to tag on for the first time.

"Understandably, there have been some teething problems with drivers, as well as passengers," Otago Regional Council transport manager Garry Maloney said.

"For example, the first time passengers tag on it will take a few seconds longer to beep, because the card is fully activating for the first time," Mr Maloney said.

"This has caused some minor delays, but it is something we anticipated and is not an issue with the system." 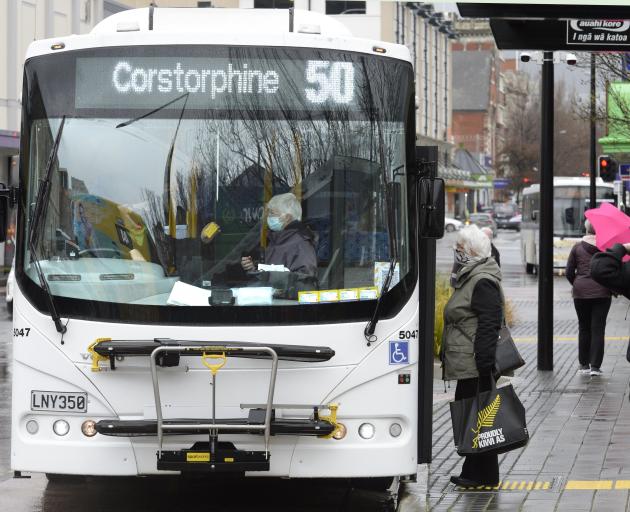 A bus driver explains the use of the new Bee Card to a passenger as another waits to board in Great King St, Dunedin, yesterday morning. PHOTO: GERARD O’BRIEN

Mr Maloney was happy with how things went on day one.

Otago became the eighth region to bring in the system when Dunedin started yesterday. Queenstown is to start on September 15.

One problem yesterday was that some people had topped up online or loaded a concession right before a trip. This did not give the system enough time to process the request.

Also, one driver did not log in to the new system.

Mr Maloney said there were no hardware system glitches. The technology had worked as expected across the fleet.

The council had been unable to hold events to hand out the cards during Covid-19 Alert Level 2 restrictions, Mr Maloney said.

However, that had not prevented people from signing up.

About 1840 cards were registered last weekend and 1740 more on Monday.

It could pay for people to remember to tag off when they got off their bus.

Flat fares included a 45-minute transfer window, so someone taking two buses in their commute would still only pay the fare for a single trip if they caught their next bus and tagged on within 45 minutes.