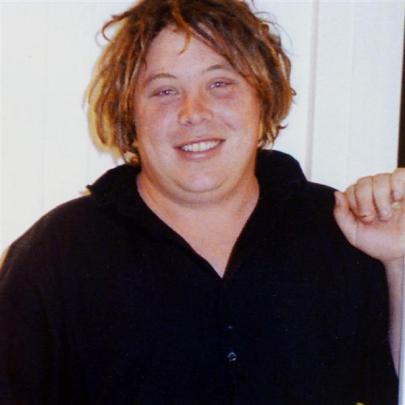 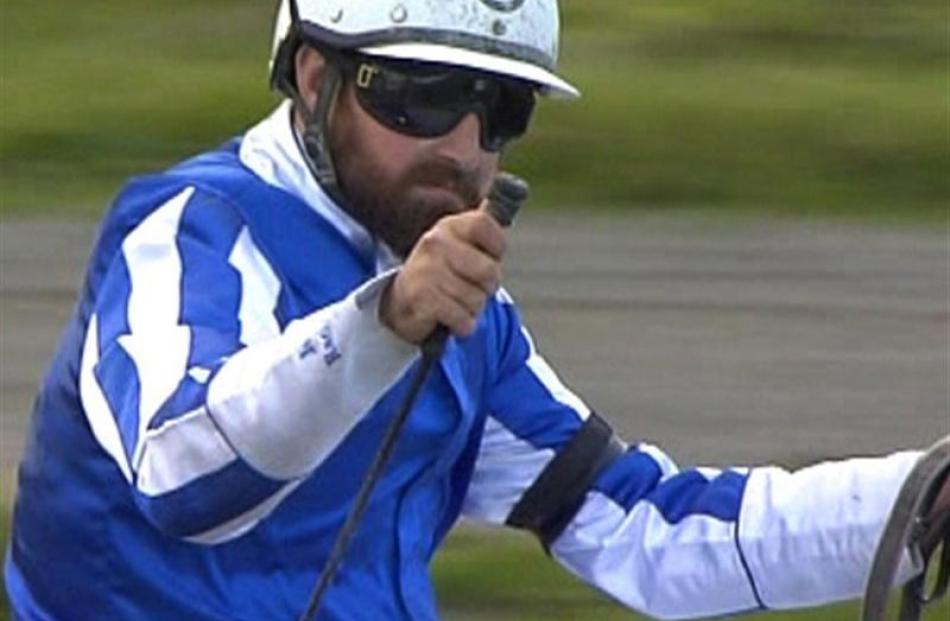 Westwood Beach trainer/driver Jonny Cox acknowledges his friend Ryan Court as he nears the line to win with Jaccka Justy at Rangiora on Sunday. Cox was wearing a black armband after the death of Mr Court in a Dunedin bar early on Sunday. Photo by... 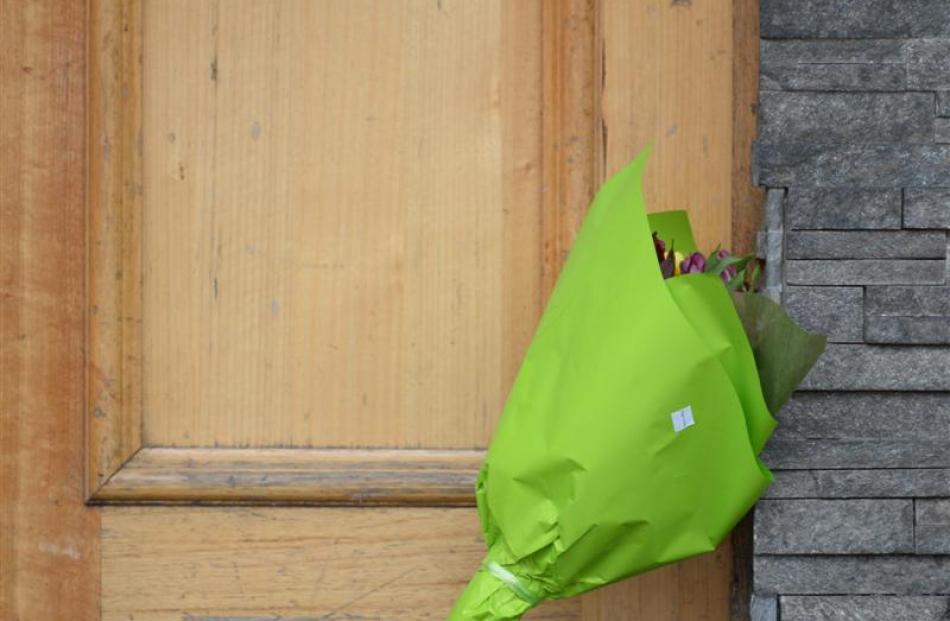 A bouquet of flowers outside Dunedin's Craft Bar, following the death of Ryan Court on Sunday. Photo by Gerard O'Brien.

The man who died in a Dunedin bar is remembered as a good person who ''did not have a bad bone in his body''.

Ryan John Court (35) was found unconscious in the toilet area of Craft Bar, in the Octagon, and was unable to be revived by ambulance staff.

Yesterday, Dunedin demolition worker Stephen Anthony Fernyhough (25) appeared in the Dunedin District Court, on a charge of assaulting Mr Court and an unrelated charge of intentionally damaging a window, both on April 27.

He was remanded in custody until next week.

Police confirmed they were seeking no other assailants in connection with the assault.

The Court family, whose other son died in Blenheim in 2009, aged 25, requested privacy yesterday, Keep It Clean owner Gerald Cayford had employed Mr Court, who had previously worked at Macraes, as a rendering plant operator for the last nine months.

''We are going through a bit of hell at the plant at the moment. His work buddies and everyone ... it is a real tragedy.''

Mr Court's father, Kevin, was a trainer in the Dunedin harness racing community.

Ryan Court's death was acknowledged by his friend, Westwood Beach trainer/driver Jonny Cox, who wore a black armband when he drove Jaccka Justy to a win at Rangiora on Sunday.

Mr Cox said he had learned of his friend's death the morning of the race: ''It is just a tragedy''.

''I heard the news and felt sick all day. I was nervous and just wanted to drive a winner for him and everything panned out, so pretty glad I did, and the boys watching at the club were pretty happy as well.''

Mr Cox said Mr Court had a great sense of humour, ''was always good to have around, and wouldn't have a bad bone in his body''.

''But I am rarely in the Octagon very late.''

While there might be a perception that the city was a dangerous place to be, he agreed with police that Dunedin was statistically one of the safest cities in New Zealand.

Both incidents occurred in an area monitored by CCTV, with footage used in both police investigations.

''If most of the trouble happens where the CCTV cameras are operating, you can conclude two things; it is doing its job and the offenders are pretty stupid.''

Police had completed their scene examination and the investigation continued.

Asked whether Mr Court was choked, Insp Guthrie replied: ''The specific details of this incident form part of our investigation''.

Police also wanted to hear from people who were in Craft Bar on Sunday between 1am and 2am, and saw a man leaving the toilet area without his shirt on.

Anyone with information was urged to contact Dunedin police on 03 471-4800.

''We wish to convey our condolences and thoughts to the families involved in the incident.''

The bar would be closed until tomorrow and a blessing was expected to take place today.