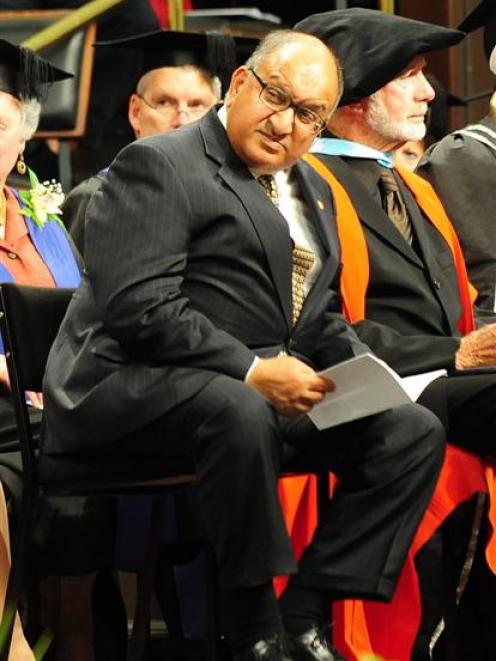 He was commenting in an address to more than 270 graduates with degrees and diplomas in arts, law, music and theology at a graduation ceremony held at the Dunedin Town Hall.

Universities also accounted for most of the country's fundamental research capability, the survey had noted.

Although he was an Auckland University law graduate, he had a "strong affection" for Otago University, and had "many happy memories" of Aquinas College, where he had lived while undertaking medical intermediate study at Otago as a 19-year-old in 1964.

He had subsequently realised that medicine was not his calling and had returned to Auckland at the end of the year, enrolling as a law student.

A former judge and ombudsman, he had last month attended a reunion dinner at the college to mark 20 years of the university's ownership of the facility.

A preamble to the 1869 Ordinance which had established Otago University noted that the aim was "to promote sound learning", with the university "open to all classes and denominations".

Since opening its doors to students in 1871, the university had "maintained a proud history in teaching, research and community service", he said.

Otago had been graded as the top-ranked university for research quality in the 2006 performance-based research fund evaluation, he said.

Through their subsequent leadership, Otago graduates had it in their power "to improve the communities that you will serve and will make our country or wherever your career takes you a better place", he said.