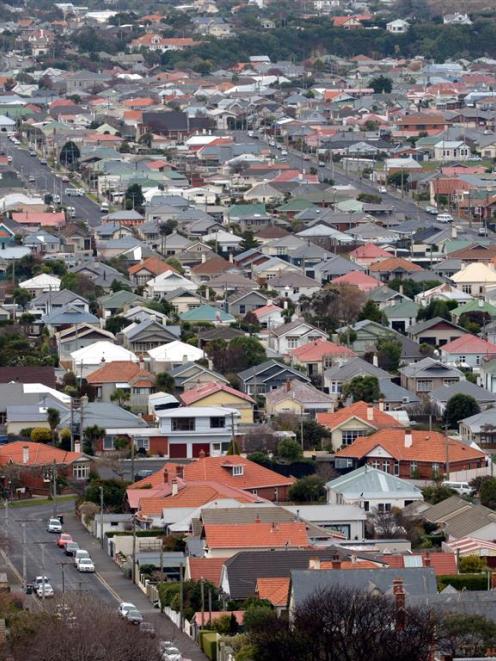 The Government has been asked to help with the challenges facing low-lying South Dunedin. PHOTO: GERARD O'BRIEN
The Dunedin City Council will call on the Government to help respond to the threat groundwater and sea level changes pose in South Dunedin.

Councillors yesterday voted to "immediately engage'' the Government over the threat the changes pose and support for urban renewal initiatives in the area.

The motion was put forward by Crs David Benson-Pope and Aaron Hawkins after Parliamentary Commissioner for the Environment Jan Wright said earlier this year that South Dunedin presents the "most troubling example'' of high groundwater levels in the country.

Cr Benson-Pope said "hard solutions'' would need to be made in parts of South Dunedin and the Government should "come to the party''.

"Clearly, central government must be involved in whatever initiatives flow from the challenges faced by us,'' Cr Benson-Pope said.

The council was all ready acting on the threat of rising groundwater and sea level, which were highlighted in the aftermath of last June's flood, but it was important the community knew the Government was taking the issues seriously.

When it came to urban renewal there was "clearly an opportunity for improving the housing in one of the oldest parts of our city''.

Cr Aaron Hawkins said it was useful for the council to make a "public stand'' calling on the Government to work with the council in the face of "what are some very big issues''.

Working with the Government did not need to come at the cost of engaging with the community on the issue, Cr Hawkins said.

Wording of the motion was softened and references to Government funding removed after councillors expressed concern about the original proposal.

Cr Andrew Noone expressed concern about making a formal approach to the Government before more detail about the challenges South Dunedin faced and potential solutions were known.

He felt the starting point should be engaging with the South Dunedin community.

Cr Jinty MacTavish agreed it was potentially too early to go to Government.

"We are so far from understanding what the ultimate response will be in South Dunedin.

"We are very much in the early stage of the conversation with the community about what they would like to see.''

The meeting became a little heated after Cr Andrew Whiley said he cringed when he saw which two councillors had put forward the motion.

He also said Dr Wright had made South Dunedin a "poster child for climate change in New Zealand'', but went on to say that any assistance from the Government would be a plus.

"It is a case of giving the property owners of South Dunedin further confidence that we are doing everything we can to assist them.''

Crs David Benson-Pope and Aaron Hawkins might end up wishing that they listened to Cr MacTavish's warning about central Government involvement in South Dunedin. It seems extremely unlikely that any future Government would follow the greeny idealism that Mayor Cull and his team has planned for South Dunedin. The next government should quickly see through the spin-doctoring and know that there is no physical danger to South Dunedin except what can be fixed by upgrading the stormwater system.

Cr Benson-Pope is foolish to believe that "hard solutions" would need to be made in parts of South Dunedin. In saying these things he is promoting Dave Cull's doom and gloom message, which although not true, appears to be causing harm to property prices and the peace of mind of the citizens.

I believe that Cr Whiley is correct about the PCE wanting to make South Dunedin a poster child for climate change in New Zealand. South Dunedin just needs the DCC and ORC to stop trashing its reputation with fake reports and false claims. The most important job, however, is to re-allocate about $10 million/year to pay for the essential upgrade of the South Dunedin stormwater system.