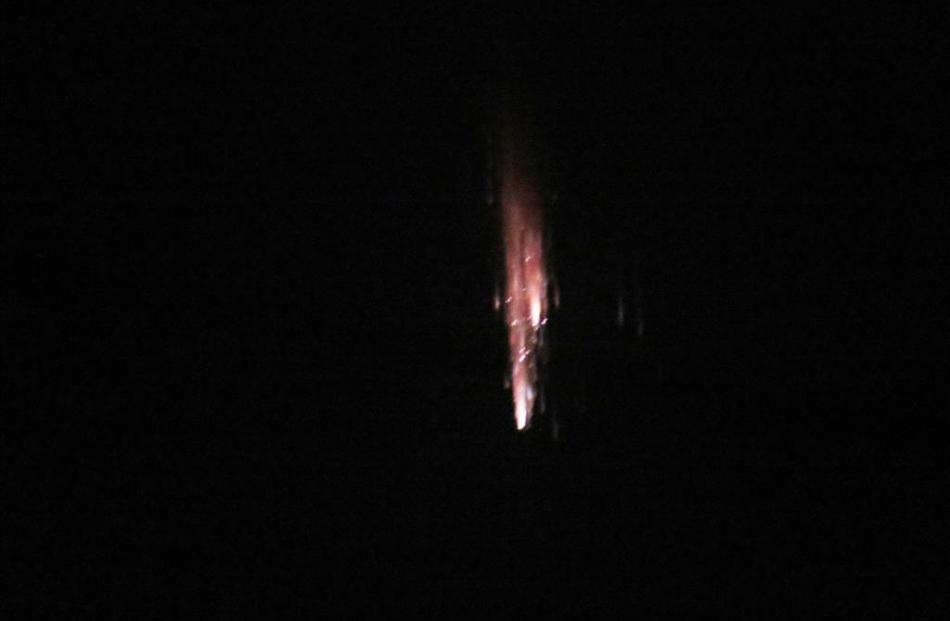 A fireball that lit up southern skies last night was not a meteor, but something much rarer, a leading astronomer says.

Minutes after the bright orange ball flashed across the sky about 6.30pm, hundreds of people from Dunedin to Nelson took to social media to report having seen it.

Former resident superintendent of Canterbury University's Mt John Observatory Alan Gilmore said the ball of fire had all of the characteristics of a re-entry of debris from a spacecraft, or piece of equipment which had been orbiting Earth.

"It is not a meteor, I'm certain of that. It took too long to go across the sky.''

Meteors typically lasted in the sky for two or three seconds. People who reported seeing the fireball yesterday said it lasted for about 30 seconds, he said.

Lauren Spicer, of Fairlie, was driving north of Oamaru when she spotted the "big orange ball of fire streaming across the sky''.

"To me it looked huge. It was just unreal to see.

"A phenomenal force of nature. It is something I am never going to forget.''

Mr Gilmore said the last case of debris from a spacecraft re-entering the atmosphere in New Zealand happened about 10 years ago, over the South Island.

"These occurrences are distinctly different from meteors.

"They have much slower, shallower descents and they happen even less often.''