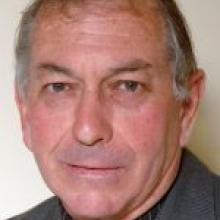 Colin Weatherall
Plans for a new Green Island retail complex have been rejected by the Dunedin City Council because of "somewhat overstated" claims and fears Dunedin's other retail zones could be undermined.

However, a written decision from the council's hearings committee, dated August 10, has declined consent for the project.

The ruling followed last month's two-day consent hearing, and gave the company 15 working days to appeal to the Environment Court.

He initially opposed the project, then welcomed the company's move to win community support by prohibiting supermarkets and other retail types to avoid competition with existing Green Island retailers.

When contacted yesterday, he supported the decision to decline consent but wanted Irmo Properties Ltd to consider a new proposal - perhaps including a mix of ceramics manufacturing, trades and retail - more suited to the area.

"Then the community would come on board," he said.

The company's planned development would have seen the site's main World War 2-era industrial building refurbished, with timber beams and other fittings retained, at an estimated cost of up to $2 million.

The development was to provide a mix of bulk and specialist retailers, but was opposed by the Greater Green Island Business Association.

Council senior planner Doug Spittle also recommended consent be declined, fearing a retail development in an industrial zone would not comply with the council's district plan.

Mr Spittle softened his stance at last month's hearing, following evidence about the minimal economic impact in other areas likely as a result of the development. However, he continued to recommend consent be declined.

The committee's ruling, signed by committee chairman Cr Colin Weatherall, said "little support for the granting of the consent" could be found.

The proposal involved the "wholesale conversion" of an industrial site into a out-of-zone retail development, despite "no evidence that there is a need for the centre at this location" or that alternative locations for retail, in appropriately zoned sites, were not available.

Evidence the project should be approved because of the heritage value of the building to be upgraded were also "somewhat overstated" and unconvincing to the committee, Cr Weatherall said.

The committee - which visited the location - found the wider site was of historical value, but associated buildings had already been removed, and the one remaining building to be redeveloped "does not stand out as a special heritage feature".

Instead, granting consent would "unduly undermine" public confidence in the district plan, without "compelling reasons" for doing so, Cr Weatherall said.

Economic impacts felt by other retailers were likely to be no more than minor, despite "particularly speculative" evidence about the likely impact, and would not threaten existing Green Island retailers, he said.

However, there was "real potential" the development could compete with locations within the established Green Island activity zone still available for new businesses wanting to move into the area.

It was the arrival of new businesses in recent years that had helped boost the Green Island activity zone, and district plan rules required the vibrancy of activity zones to be maintained and enhanced.