In an 11th hour bid to block the construction of a stadium at Awatea St, the Stop the Stadium group has sought to have a High Court judgement overturned by the Court of Appeal. 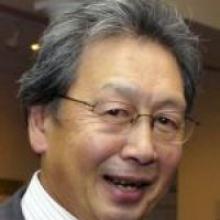 Peter Chin
StS lost a High Court injuction in mid-April which would have barred the Dunedin City Council from signing a stadium construction contract, but the group has lodged an appeal, saying the High Court judge was wrong.

At the High Court hearing, the group said the financial parameters of the project had changed so much the council should be restrained from signing it until it had consulted afresh with ratepayers.

Justice Lester Chisholm rejected the group's argument, and said in his ruling the case came down to whether changes to the stadium's finances in the council's annual plan were significant.

Although he was provided with submissions by StS counsel on the stadium's finances, Justice Chisholm said he was unable to make a decision based on them because there was no analysis included and he had a limited time-frame.

The notice of appeal, dated yesterday, said Justice Chisholm erred in finding the Dunedin City Council's decision to enter into a contract for the construction of the stadium was not prohibited by the Local Government Act.

It said continuing with the stadium was prohibited by section 97(1)(d) of the Act because "the evidence established that the project had changed significantly from that provided for in the Dunedin City Council long-term plan".

Stop the Stadium president Bev Butler declined to elaborate on the appeal when contacted last night, other than to say the group hoped to get an early hearing.

"I suppose there is a right of appeal, and they have chosen to take it up.

"I find it very disappointing, and I hope it's going to be very unsuccessful," he said when contacted.

StS has made other legal attempts to block the construction of the stadium, including complaints to the Auditor-general and ombudsmen and an Environment Court appeal against district plan changes which would allow for the development.

That appeal was dropped because of the cost.

Ms Butler declined to say last night how this appeal was being funded.