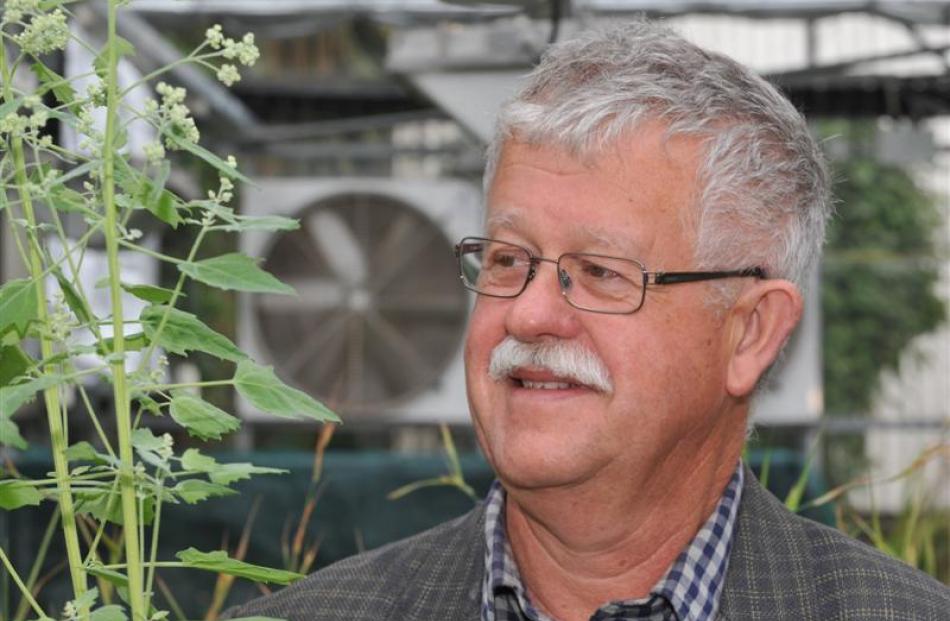 University of Otago botanist Associate Prof Paul Guy is urging farmers to consider growing quinoa as a lucrative alternative crop, and says Dunedin residents can also grow this hardy plant in their gardens.

''Give it a go. It's worth a try. It's easy to grow and it's certainly worth trying new things,'' he said.

Quinoa had been a vital part of the Andean diet since at least 3000BC and the Incas had used it as a cereal and for breads.

Quinoa was high in protein and, unlike other grains, was not from the grass family, so was gluten free. And quinoa's natural defence system against plant pests -soap-like substances on the seeds - also reduced the need for pesticides.

''You may have noticed it is starting to be used in bread and cracker biscuits at your local supermarket,'' he said.

Quinoa was selling in New Zealand for $18-$25 a kg, making it a potentially attractive alternative crop for Otago farmers.

''Most of the quinoa we use is imported from Bolivia. Why shouldn't Otago farmers profit from this bonanza?''

He had visited schools in the Otago Enviroschools programme to support the growing of quinoa.

Some schools and community gardens were now growing it and some Otago farmers were also looking into it because the overall profit margins were ''much higher than for growing cereals''.

''Why pay $18-$25 a kilo when you can grow quinoa in your vegetable garden from early spring to autumn?''

Prof Guy, who was growing a dozen plants at his Waitati property, said the threat of disease meant an international ''food crisis'' was looming in the coming decades.

Much of humanity was heavily dependent on grass-based food crops, such as wheat, barley, rice and corn, but these plants were ''susceptible to many of the same diseases''.

A new strain of stem rust had been spreading across Africa, infecting wheat crops, but quinoa was not affected.

''I'm a plant pathologist, so to me it makes sense to have a diversity of crops, rather than the current monoculture.''

In a bid to raise the profile of the hardy crop, the United Nations had declared 2013 the ''International Year of the Quinoa''.

''Quinoa doesn't suffer from the same diseases that affect cereals, so it is good insurance to diversify,'' he said.