Groynes could be part of planning 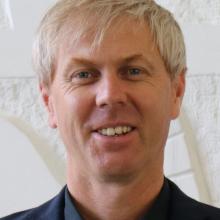 Simon Drew.
Reinstating groynes to build up sand along Dunedin's Ocean Beach is to be considered, but only as part of long-term planning for the area, the Dunedin City Council says.

Council infrastructure services general manager Simon Drew said the idea of reinstating one or more of the fence-like structures - used to trap sand as it moved along the beach - would form part of the wider review of Ocean Beach options.

Recent coastal erosion has stripped up to 13m of sand from parts of the beach in recent weeks, raising fears the old landfill buried behind the sand dunes, under nearby Kettle Park, could be exposed.

The council has downplayed those concerns, saying a buffer of 20m remained between the beach and the old landfill and there was no immediate threat of a breach.

However, it is considering all options for short and long-term interventions at Ocean Beach - which stretches from St Clair to Lawyers Head - including the possibility of excavating the old landfill, at an expected cost of tens of millions of dollars.

A report with options for the entire area was expected to be ready for councillors by the end of next year.

In the meantime, the recent erosion has prompted St Clair resident and Dunedin City Council candidate Jules Radich to renew his calls for groynes to be reinstated along the beach.

The structures had proved their worth in the past, encouraging sand to build up along the beach until the groynes themselves were buried, and protecting the dunes from heavy seas.

He wanted to prove the concept again, beginning with a rebuild of the remains of the last groyne still in the area - St Clair's once-photogenic wooden poles.

While critics argued the groynes were not a complete solution, in part because they built up sand only on one side, Mr Radich said Dunedin's prevailing northeast and southwest swells meant that was not true at Ocean Beach.

Mr Drew said reinstating groynes was among many potential options being considered as part of long-term planning for the area.

He acknowledged groynes could be effective in certain conditions, but argued they could also be detrimental in other conditions and for adjacent locations, even encouraging erosion.

A groyne east of the St Clair seawall could impede the movement of sand between beaches, encouraging a build-up on the western side while causing erosion on the eastern side, which could affect the Kettle Park area, he said.

"During some conditions a groyne might benefit St Clair Beach and during others it might serve to deprive the beach of sand.

"The system is complex and ... planning and modelling is needed before any physical works are considered," he said.

Rebuilding the remains of the old groyne still there might not require a coastal permit, but a consent could still be required to disturb the coastal marine area, she said.