The Treasury has managed to slow down the Dunedin Hospital rebuild, despite the  clinical services building being at risk of abrupt clinical failure. Advice released under the Official Information Act shows the Treasury warned Finance Minister Bill English that haste was a "major risk to a successful outcome". 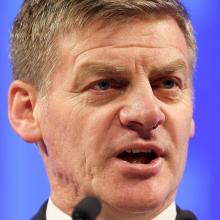 The March advice was not the first such warning from the Treasury, but the Otago Daily Times has ascertained that its advice meant a move to speed up the project was scrapped.

But the Treasury told Mr English: "The [Southern Partnership Group] and the Ministry [of Health] are coming under pressure to expedite timelines for the business case process. We see this as a major risk to a successful outcome."

The faster timeframe would have meant an indicative business case for the $300million project was prepared by the end of this year.

"The indicative business case will need to answer the critical question of what services will be provided at Dunedin Hospital, which is the most crucial element of a successful outcome ...

"Given the multiplicity of stakeholders, entrenched interests and significant challenges facing the DHB, it will be very difficult to reach a working consensus on this question, particularly if sufficient time is not available to fully explore the range of options available," the Treasury advice says.

Southern Partnership Group chairman Andrew Blair, in a statement to the Otago Daily Times, said the group settled on a slightly slower timeframe which struck an "appropriate balance".

"In response to Treasury’s concerns, as well as that of health officials, we settled on having the indicative business case completed by mid-2017 and the detailed business case by mid-2018.

"We believe this is an appropriate balance between having an ambitious timeframe which recognises the compelling need for investment in Dunedin’s hospital facilities while ensuring we run a quality process to explore all viable options ..." the statement said.

The partnership group is a politically appointed governance group that works alongside the Ministry of Health to oversee the rebuild.

According to official documents, consultants are working on a "long-list" of options to be given to the partnership group by December 20. Local doctors are being consulted, but some are criticising the way it is being run.

Dunedin Hospital general surgeon and intensive care specialist Mike Hunter told the ODT earlier this month that doctors were given just four days’ notice of a consultation meeting. Another doctor, speaking on condition of anonymity, said so many project and consultation groups had been formed that it was "crazy".

"This is all being done in an atmosphere of haste — and yet any actual rebuild is years and years away.

"Like many clinicians, I find that I am now more personally concerned with the here and now and how the heck we are going to function in these intervening years.

"In the meantime, even the people involved in this process are starting to get confused about all the committees and groups," the doctor said.

A new hospital is more than seven years from completion. The ministry has said it is looking at the entire hospital campus, and it has not said exactly what will be built, nor the site. An official assessment of the clinical services building says it is "crumbling" and at risk of a significant defect that causes its abrupt closure. Late last year, the ODT reported  Treasury had warned both Mr English and Dr Coleman against speeding up the timeframe.

When the ODT ascertained, it's odds on Eileen Goodwin did the actual ascertaining. It seems (and I may be wrong), the Health Minister's good advice was disputed by Treasury, which went to Bill English with a delay recommendation, and that Southern Partnership Group are with Treasury.