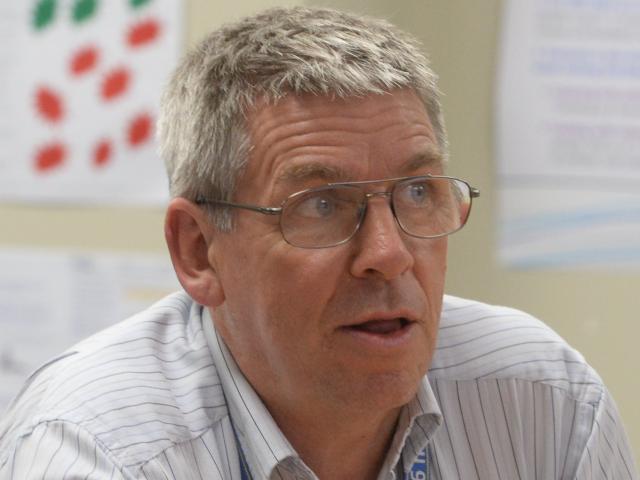 Nigel Millar.
The Southern District Health Board was scrambling yesterday to back-track on what had appeared to be an admission from its chief medical officer that delays in its urology department could have shortened the life of at least six cancer patients.

Yesterday, SDHB communications director Nicola Mutch told the Otago Daily Times she was trying to get a clarification from RNZ and wanted changes to its online story about the interview.

''That's my fear'' had been Dr Nigel Millar's response to RNZ's John Campbell on Monday when asked if more than six prostate cancer patients had suffered such delays their life expectancy was imperilled. He said it was ''very likely'' more than six.

Dr Millar said a radio interview was ''not a court interview'', and he had not fully understood the question. But he did ''fear'' some patients faced a shorter life because of care failures in urology.

It was not possible to say how many, and the number would probably never be known, Dr Millar said.

As well as men who waited too long for surgery, about 100 were waiting for a biopsy. Of the 100, the board has admitted about quarter face a poor prognosis.

He should have been treated within three weeks, but did not have surgery until July.

In that time the cancer had spread to his rectum.

He has been told he has a life expectancy of five years.

Affected patient Paul Schofield had surgery at Mercy Hospital last month after public pressure forced the board to outsource some procedures.

Mr Schofield paid for a private biopsy in March to diagnose his cancer and then had to wait six months for surgery.

Mr Schofield was unhappy about what he believed was a lack of accountability.

''One of the senior clinicians admitted to me that they are unable to speak out.

''Other nursing staff are also too frightened to comment publicly as they will lose their jobs and have mortgages to pay and families to support.

''The CEO and the commissioner must be relieved of their duties and an open transparent public board re-elected to replace them,'' Mr Schofield said.

''Yesterday, Radio NZ reported that six patients' life expectancies have been shortened through the delays in receiving surgery.

''However, this number relates to those who had been overdue for radical prostatectomy, which may have led to harm.

''These surgeries have now been performed.''

Last month, an external review said some patients had been exposed to significant clinical risk.

The ODT is seeking the release of a different urology review, completed earlier this year, which the board appears reluctant to release.

Citing a ''staff absence'', it has twice extended the timeframe for releasing the report under the Official Information Act.

The report is mentioned in the May agenda of the commissioner's meeting.

The review looked at the quality and speed of referral practices, capacity and performance in urology.

Dr Millar is clearly being honest about an unfortunate situation and that should be commended. The bottom line is the situation will have resulted in worse outcomes because the treatment was not optimal. Shame that the Southern DHB management can't see the value in being upfront and honest, without transparency and full acknowledgement situations nobody will ever trust them. While you deny something you can't actually deal with it properly. I have regularly ask myself how can this be changed, what can be done to change the "us versus them" mentality that seems entrenched. Because regardless of DHB management spin this "us verses them" results in intimidate and scared staff (as mentioned in article). An elected board is surely the first step. Then the change must start from the top. My advice is, dig out that very expensive one page "culture review" completed last year and get all management to read it and follow the advice, despite it's brief nature it was on the money.