Dementia expected to double in South 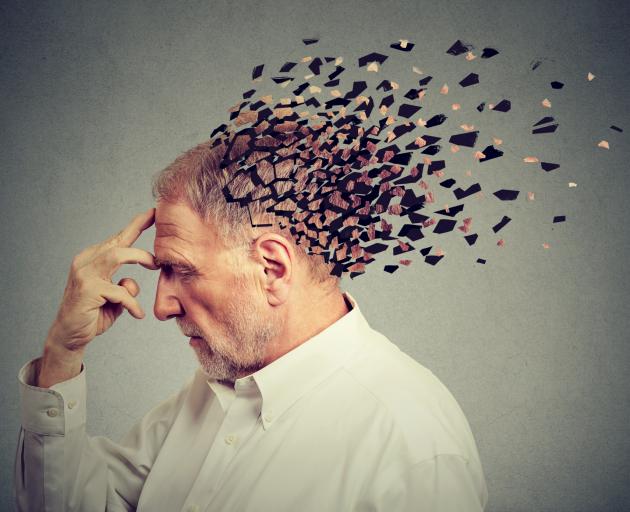 Photo: Getty Images
The number of South Islanders with dementia will double within 20 years, but the country is far from ready from being able to cope, health reporter Mike Houlahan finds.

One graph is enough for Dr Matthew Croucher to get his point across.

It is an estimate of the number of South Islanders living with dementia, and the arrow is not just climbing — it is soaring towards the top of the diagram at a rapid rate.

"It wakes you up, doesn’t it?" Dr Croucher, clinical lead for the South Island Dementia Initiative, said.

The number of South Islanders with dementia will double — to more than 30,000 people — in the next 20 years, but as things stand the South will not be able to cope he says.

In 2018, an estimated 16,000 southerners had dementia — about the population of Queenstown.

But by 2040, that will double to an estimated 31,600 people — 2.6% of the total South Island population and about the population of Timaru today.

"There needs to be some significant changes in the way health and social services are organised if we hope to do a good job for the thousands of New Zealanders who will have dementia over the next 20 to 30 years," Dr Croucher said.

Asked if services are able to manage so many more patients with dementia, Dr Croucher’s response is a guarded no.

By 2050, a quarter of all New Zealanders will be 65-plus.As that cohort aged, the numbers of people with dementia could overwhelm the aged-care resources and workforce, Dr Croucher said.

New Zealand lacked a national plan to deal with dementia, although South Island DHBs had grouped together to produce a shared model of care for the condition.

Dementia was now better recognised and more readily diagnosed than a decade ago, but service shortages and the growing population meant the South was in a significantly worse position than it was in 2009, Dr Croucher said.

"We need more clarity, centrally ... we have a little bit of time to make those decisions, but we have to make them now."

The aged-care sector will take much of the burden — but it has to manage the vast majority of the ageing population, not just those with dementia.

Keeping people living in their homes for as long as possible would help — not only did studies show it was better for people, but even a few months could make a substantial difference, Dr Croucher said.

"We need excellent dementia care services to be built — they will be essential — but what people with dementia want more than anything is to live in their own home as long as possible," he said.

"If we could delay entry into residential care by even six, or 12 months, it would make an enormous difference to the number of beds that are needed."

Alzheimer’s Otago secretary Julie Butler agreed having people with dementia stay in their homes was desirable.

"The expectation, and, in many cases, the desire, is to support people to live well with dementia at home," she said.

"Something that can have a significant impact on the ability for family to do this long term is respite care — the lack of respite beds at crucial times can affect both the care partner and the person with dementia negatively."

Eventually, the majority of people with dementia did go into residential care, Ms Butler said.

"This can be a traumatic experience for all people concerned — letting the care of someone you have supported and lived with for many years be done by others is not always easy.

"Added to that can be the stress of someone being placed into care away from their home town.

"This increases the financial cost to family, exacerbates the guilt and stress and impacts hugely on the quality of life of the care partner and the person with dementia."

Dr Croucher said dementia care services now were of a high quality — "if I were to go demented tomorrow, I would far rather do it here than in many other Western countries" — but substantial work needed to be done for the future.

• The Otago Daily Times is writing a series of articles concerning aged care. If you have a story to share, please contact mike.houlahan@odt.co.nz