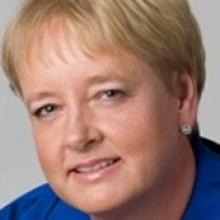 Deborah Powell.
The Southern District Health Board has released new figures showing the impact of the junior doctors’ strike.

Another 52 patients were not booked for an appointment or procedure once the strike notice was received, the board told the Otago Daily Times yesterday.

The board is yet to calculate the financial impact of the October 18-20 strike. Meanwhile, the junior doctors’ union was unhappy with the national-level talks between the parties this week, but is awaiting a new offer from DHBs.

New Zealand Resident Doctors’ Association national secretary Dr Deborah Powell said in a statement this week there had been "no genuine negotiation" in the resumed talks. She said the DHBs had proposed removing penal rates, which would cut the doctors’ annual pay by more than $20,000.

"This is simply unfair. The DHBs are trying to penalise us for wanting to work safely.

"This dispute was not about money, it was about health and safety. However, the DHBs have now made it entirely about pay," Dr Powell said.

She said the union had proposed a solution that addressed the DHBs’ concern that doctors should not be paid for days off from reducing the 12-day work stretches to 10.

A spokesman for the DHBs’ negotiating team did not return calls from the ODT. The DHBs told Radio New Zealand  a new offer would be presented to junior doctors on Wednesday.

A junior doctors’ union spokesman told the ODT they were waiting to hear back from the DHBs.

"Hopefully we’ll have good news to share then," he said.