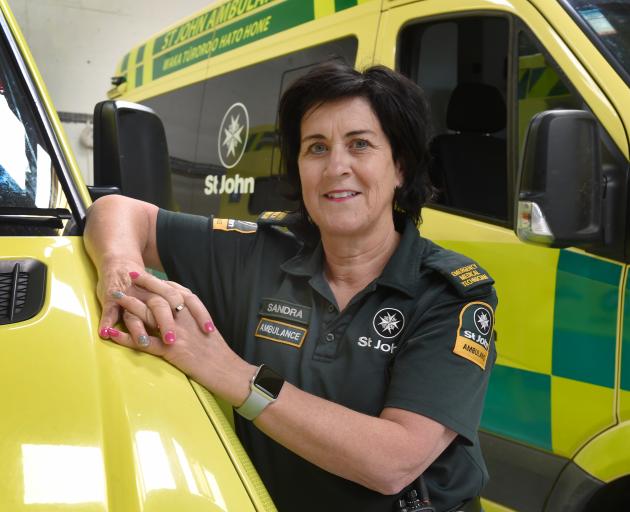 It could now involve a stranger’s heart attack, a drowning or a traumatic car crash.

‘‘Every day is different - there’s no two days the same,’’ Mrs Wilson said.

‘‘You arrive at work and you don’t know what’s going to happen that day - and for our patients the same thing. They don’t expect that they’re going to have to see us that day.’’

Every time she arrived at a scene, whether it was the fourth suicide of the month she had attended or the first bad fall, it was different.

She said different emergency medical technicians dealt with the traumatic experiences they encountered in different ways.

After her own elderly parents died, watching an elderly husband or wife worry about their suffering significant other could be difficult.

‘‘It’s not our family and it’s not our emergency. That’s what I remember: ‘This is not my emergency’.’’

Counsellors were available for tough callouts, or callouts ambulance staff could not get out of their minds, and Mrs Wilson said she had used the service St John provided twice in her five years as a fulltime paid staff member.

There were times when she suffered from ‘‘compassion fatigue’’ because of those who could have looked after themselves or their friends, although she would remember to bring extra hair ties to tie back the hair of young women who were intoxicated and vomiting next month during Orientation Week.

However, 17 years ago she signed up as a volunteer and still, after a stretch of time off, after a break following four 12-hour shifts, she was eager to get back on the job, helping people.