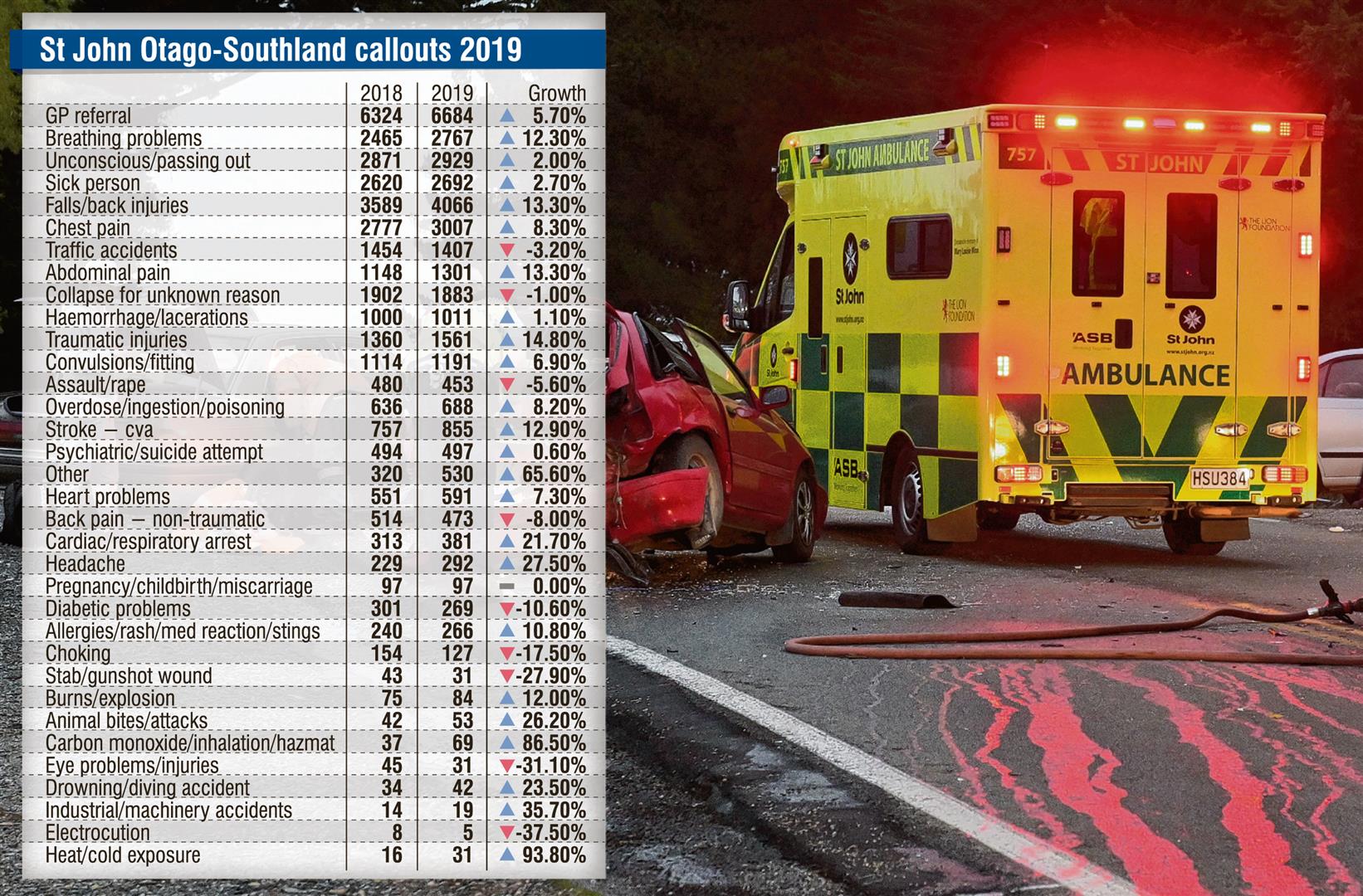 St John was called out more than 36,000 times in Otago and Southland last year - a 6.9% increase from 2018 - as the lower South Island eclipsed the increase in demand for ambulance services nationally of about 4%.

‘‘It can take time to stabilise and treat patients with serious and complex conditions, meaning ambulances are not available to respond as quickly to the next call.’’

Nationally, ambulances were fully crewed 97% of the time and the organisation was on track for all ambulances to be double crewed in 2021, Ms Lane said.

In Otago and Southland there were 248 paid ambulance officers and 482 volunteers, 15 ambulances and 16 first response units.

A breakdown of those numbers for Otago and Southland alone were not available yesterday.

It would be useful if St John could provide more accurate information.
The key area of "15 Ambulances" is a case in point. Even the casual observer would note there are more ambulances than that. An Ambulance , as described in the NZSA 2018 standards, is a vehicle able to transport a person lying flat. A first response vehicle cannot transport as the person cannot lie flat. If you take note of Ambulances in smaller rural areas, mainly crewed by Volunteers, they are able to transport. Do a simple count up and you will note more than 15.
Down grading the valuable and skilled role of volunteers as "First response" is disingenuous to volunteers.
This also does little to enable accurate reporting.