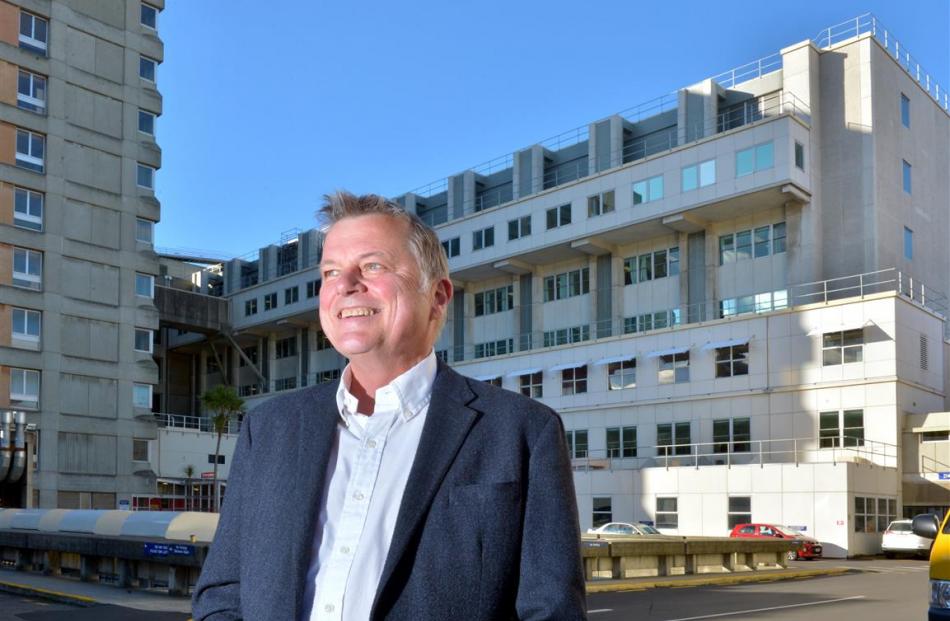 Dunedin Hospital might switch to a "generalist'' medical model with less focus on individual specialist services when it is rebuilt.

Southern Partnership Group chairman Andrew Blair, of Hawke's Bay, stressed no decision had been made on the critical question over the hospital's future.

"Everything is up for consideration,'' he said during a visit to Dunedin yesterday.

"I don't think we should be focusing on downgrading.

"If it's going to create opportunities for better patient care, then it should happen.

"There will be examples elsewhere in New Zealand where a more generalist model works well and is accepted.

"The patient should be centre to all of this; what is best for the patients of the southern region.''

He declined to give an assurance that Dunedin Hospital would retain its "tertiary'' level clinical grade.

He said it was still too early for the public to have a say.

Public consultation would take place later in the process, probably next year.

"When it comes to matters like this, most of the public will wish to put important decisions about the delivery of healthcare in the hands of experts.''

Mr Blair was in Dunedin in the wake of a rebuild report released last week that created a stir among clinicians.

It effectively challenged the Dunedin medical establishment by suggesting the hospital is too focused on specialist services.

It implied the Dunedin School of Medicine was a drain on resources, and deployed anonymous quotes to criticise unnamed clinician researchers.

The report suggests configuring wards to operate on a "generalist basis, with specialists able to act within those general wards''.

"[At present] each of the medical wards has its own admissions criteria, resulting in registrars having to make difficult calls on where to send patients and seek admission,'' the report says.

Ministry of Health officials have previously said they expect the $300million rebuild to be a catalyst for change in how hospital services are provided.

When asked about fears the rebuild could adversely affect the medical school, Mr Blair took issue with the ODT.

"What about picking some of the opportunities that have been identified in [the rebuild report] and ... helping us get the community and public behind an exciting opportunity?''

When advised it was not the ODT's role to be a cheerleader, he said: "It's not your job to be focusing on the negatives and criticisms, either''.

The partnership group was working closely with the SDHB commissioner team and the University of Otago, and was keeping the wider health sector in the South informed and consulted.

Many SDHB staff were excited about the potential changes, he said.

"They see opportunity for change in the way services are delivered and they are becoming excited about embracing that, because they can see it leading into a new very modern innovative facility.''

Mr Blair said he had no update on the location or other logistical questions surrounding the rebuild.

Announcements on appointments of an architectural planner and a business case writer would be made shortly.

Just what the rebuild entails in logistical terms is unclear, but the expectation has been that the clinical services building would be rebuilt on a different part of the main hospital campus.

However, a greenfield site or rebuilding at Wakari Hospital has not been ruled out.