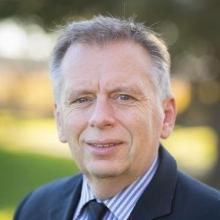 Nigel Trainor
Both Dunedin and Southland Hospitals are to benefit from a nationwide $644 million investment in regional hospitals announced by the Government today.

Dunedin Hospital has been allocated $3.43 million to upgrade its emergency department and its dedicated Covid-19 patient ward, while Southland Hospital’s capital budget is boosted by $1.8 million for upgrades to medical and surgical wards.

The Dunedin funding has been granted to add negative pressure and isolation rooms to the emergency department, and also to create a new entrance.

Many of the initiatives are construction projects which the Southern District Health Board had either started or was proposing to start, and its corporate service director Nigel Trainor welcomed the funding.

"This is good news and will enable the two hospitals to be much better facilities for providing care to patients.

"The plans for the ED changes in Dunedin are well advanced and this will be commencing early in the new year."

However, the planned upgrade to the Covid ward, which would permanently add negative pressure capability on the seventh floor, was probably dependent on a solution being found to ventilation issues in the antiquated building and which have substantially delayed full commissioning of the $14 million intensive care unit development.

"The design for permanent changes to the HVAC system in level seven has not commenced.

"This may be challenging given the age of the current HVAC in Dunedin Hospital but we will be looking for innovative ideas to achieve this."

Southland Hospital will be funded to build four ante rooms for its existing isolation rooms, for a ventilation upgrade, and for two new isolation rooms in its surgical ward.

The money will also cover a second negative pressure room in the hospital’s coronary care unit and help build an ensuite for its sole isolation room.

"At Southland Hospital, the plans to create the ante room in the medical ward have commenced, while the upgrade of the HVAC for the entire medical ward is yet to begin," Mr Trainor said.

"The changes in CCU planning has begun, and the planning for the isolation rooms for the surgical ward will commence early in 2022."

The Government’s rapid hospital improvements scheme set aside $644 million from the Covid-19 response and recovery fund: $100 million for capital and $544 million for operational costs.

An international health workforce recruitment campaign is being launched by the government to try to secure staff for the new facilities announced today.