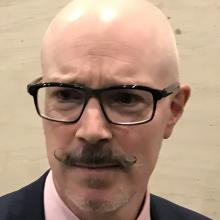 Robin Gauld
A long-lived and eternally controversial proposal has been revived by University of Otago academics in the editorial of the latest New Zealand Medical Journal: the Government paying GPs a set salary.

The idea is far from new — then health minister Peter Fraser fought a losing battle with doctors over the proposal back in the 1930s and variations of it have been periodically suggested since.

It was floated again yesterday  by Robin Gauld, dean of Otago’s Business School, in the NZMJ, as a way of potentially addressing equity of access issues in health.

New Zealand was unusual worldwide, in having free public hospitals but fees to see a GP, Prof Gauld said.

"The result is a significant percentage of the population routinely reporting service access barriers and avoiding medical and associated services through inability to pay."

Any discussion of changing primary care services needed a conversation about payment, as well as the ownership structures of GP practices.

Alternatives to the status quo included the Government paying a salary to all GPs and gradually buying all clinics — a proposal Prof Gauld accepted was "radical".

However, if the Government wanted to address equity issues, its current review of the health system gave it the opportunity to look at the GP system, he said.

"The review will need to confront how New Zealand primary care and general practice are funded, including whether a break with the past and a completely new model is needed."

One of the listed co-authors of the editorial, Peter Crampton, is a member of the review panel.

The editorial is based on a panel discussion held at the university in July last year — Prof Crampton was appointed to the review team  a month later.

People will always present at a free ED if the visit to the GP is not free.