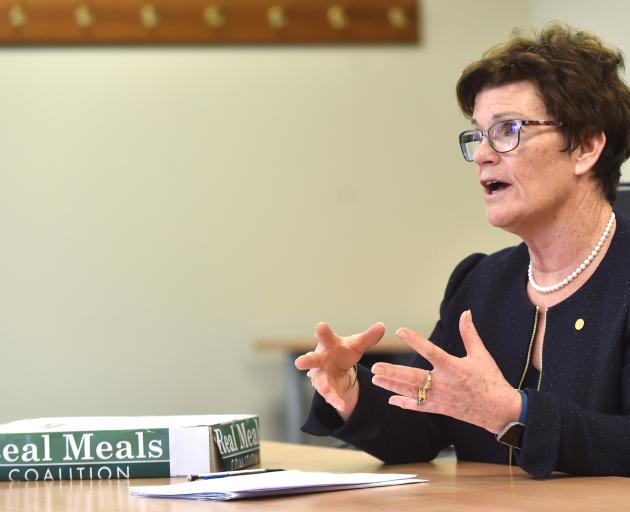 Southern District Health Board commissioner Kathy Grant deflects criticism during controversy about a proposal for Southern to have a Ronald McDonald House.
The Southern district is soon to have an elected health board once more. Four years after commissioner Kathy Grant was installed, along with deputy Richard Thomson, health reporter Mike Houlahan talks to them about the challenges they were confronted with and the issues the new board will face.

Departing  administrators like to say they hope they leave an organisation better off than when they arrived.

The four years Kathy Grant spent as commissioner of the Southern District Health Board are full of pluses and minuses.

The positive side of the ledger includes confirmation of the new Dunedin Hospital, an upgrade of Lakes Hospital, a new primary and community strategy, a revamp of Dunedin Hospital’s ICU, and a much better relationship between the DHB and local primary health organisation WellSouth.

On the negative side, the deficit Mrs Grant was put in place to tame is vastly larger than when she arrived, the SDHB’s gastroenterology, urology, ophthalmology and allied health services have been the subject of highly critical reports, and probing questions are still being asked about the board’s maternity services review.

While not claiming all was coming up roses in the SDHB garden, Mrs Grant was adamant that green shoots of revitalisation and sustainability were beginning to show through.

"At the time we were appointed there were significant challenges that needed to be addressed and my concern was that it was far better for a team of locals to be addressing them rather than any external agency.

"I think the progress we have made has been significant, and creating the pathway forward has been the most important thing in my view. There is no one physical project or piece or work, rather it is that the rudder is starting to turn on the ship." 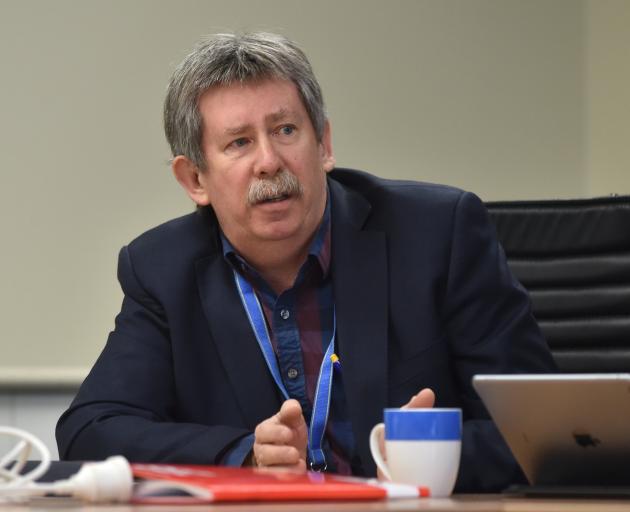 "That might be unduly harsh on other people and also myself because I was one of them, but the difference has been that we have looked internationally at how you transform a health system and what we have endeavoured to do was implement that," he said.

"While there had been odd occasions in the past when people had tried to look at things like valuing patient time, patient flows, how you get better integration between primary and secondary care, that usually fizzled out either through lack of or support at a governance or management level, or it fizzled through an inability to fund it.

"We made two decisions early on; to find money to invest in the things that would enable change, and we were going to try and set an agenda around putting the patient first."

When Mrs Grant was appointed in 2015, the board’s deficit was $27 million and forecast to reach $42 million.

The most recently released numbers show that in June the SDHB’s deficit was $85.8 million; $41 million of that reflected one-off costs which included compliance with the Holidays Act.

But take away that figure and the board’s deficit was still $44 million, double the $22 million it was budgeted to be in the red in 2018-19.

Mr Thomson said the SDHB’s deficit had to be assessed alongside all other boards. When commissioners were installed hardly any DHBs were in deficit but now almost all of them were — some by vastly more than the SDHB.

"We are now around 10% of the total sector deficit and yes, that’s higher than we are in population ... but we have essentially been able to maintain our position while the rest of the country has gone up."

Mrs Grant said one of the reasons why the SDHB deficit had not decreased was a decision her team took early on that the commissioners would invest in worthwhile initiatives rather than simply make cuts to staffing or services.

"If you believed in a pathway to sustainability, we had to find the funding to invest in that, and that was the pathway we chose," she said.

"More funding would allow an acceleration down the pathway we are currently on ... but equally we know there are still inefficiencies in our system, we are still not as efficient across a whole range of dimensions as we might aspire to be, so that continues to be a work in progress."

From the outside, the SDHB seems perpetually either troubled or in trouble, whether it be financial crisis, issues with medical services, or claims of a bleak workplace culture.

Mr Thomson said any negative perception of the SDHB was in part due to the commissioners deciding that it should be a transparent organisation.

"If you are going to be open about the problems you are trying to deal with, you just have to suck it up that there is going to be ongoing reminders of that problem.

"Some people have already decided where good and evil lies, and it’s really hard to get across that this is what we did two years ago to try and fix it."

Some of the crises the commissioner team addressed were immediate and obvious, such as the poor condition of Dunedin Hospital’s intensive care unit and issues in the urology department.

Others, such as ophthalmology, came as a surprise.

"We have attempted and largely, though not always, succeeded in dealing with those issues.

"There will always be another variant of them but we haven’t walked away from them, nor have we tried to fix them by simply throwing money at them," Mr Thomson said.

Both commissioners say some of the things they wanted to achieve in their time were constrained by factors beyond their control — most obviously the current Dunedin Hospital, a facility not built with modern medical needs in mind.

Work is now under way on New Zealand’s biggest hospital building project, a proposal long talked of but which has finally been agreed to during the commissioner’s term.

"We know now it will certainly happen, although there is still ongoing debate about the what and the how and the services," Mrs Grant said.

The new SDHB formally takes over on December 9, and will be assisted by a Crown Monitor.