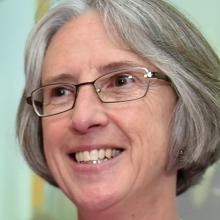 Mary Jane Sneyd
Potentially lethal melanomas may be being missed by doctors because the formula they are taught to recognise skin cancers often fails to identify thick melanomas, a University of Otago researcher says.

"I have no grounds for not using ABCDE for the vast majority of melanomas, but for the ones we are particularly concerned about, the thick ones and the nodular ones, ABCDE does not work very well."

Dr Sneyd’s findings have just been published in the Australian and New Zealand Journal of Public Health.

"Since the introduction of the ABCDE algorithm in the early 1980s, numerous modifications have been made, all aimed at improving the earlier detection of melanomas," she and co-author Yvonne Nartey wrote.

Dr Sneyd told the Otago Daily Times it was hard to know what was causing that rise, but a lack of awareness could mean  they were not being spotted fast enough.

"The difficulty is compounded by the fact these melanoma can grow fast — it’s not easy, but sometimes even identifying them early won’t necessarily make a difference to the prognosis.

"But we’ve got to try and tackle this in as many ways as we can, and I think this is just one way of tackling the problem."

Thin, slow-growing melanomas were often spotted by doctors because they were trained to look for them, Dr Sneyd said.

However, as doctors usually did not see the patients often, thick and nodular melanoma — which grow quickly — were often spotted as an abnormality by patients themselves or their partners.

"Doctors don’t just rely on the ABCDE, but that is the standard criteria ...  But a doctor would also say ‘that is a funny-looking mole; I don’t like the look of that’ — which doesn’t come in to ABCDE.

"It is important that both the public and physicians are more aware of the characteristics of the ones that have very poor survival, and how those characteristics differ from the majority of melanoma, which are surface or thin."

Patients needed to know a lesion which was itchy or bleeding should be seen  by a doctor, and that doctor needed to know they should consider a thick melanoma as the cause of the problem, Dr Sneyd said.

She suggested additions to ABCDE could help, such as ache; bleeding; colour — including black, red, pink, white and brown; and elevation above the skin.

"I wouldn’t necessarily change ABCDE, but I would add to it," she said.

Melanoma  is the fourth most common cancer in New Zealand.