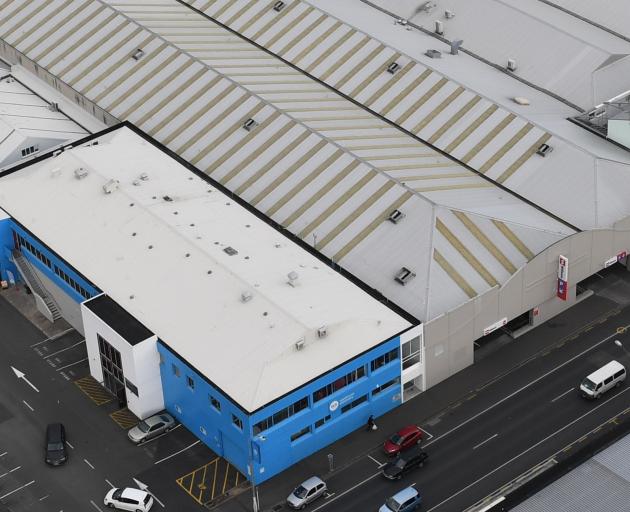 Structural demolition would begin on the former Warehouse Stationery building in Cumberland St next week. Photo: Stephen Jaquiery
Demolition of another building to make way for Dunedin's new hospital will start next week followed by noisy pile testing.

Ahead of demolition. scaffolding is being erected on a section of the east side of Cumberland St and part of the footpath will be temporarily closed.

Demolition will continue alongside pile testing, moving on to the former Wilson’s car park building.

The pile testing comes as structural engineers begin to look at how best to prepare the sites for the new facility.

The testing would determine the best way forward for building on the site. 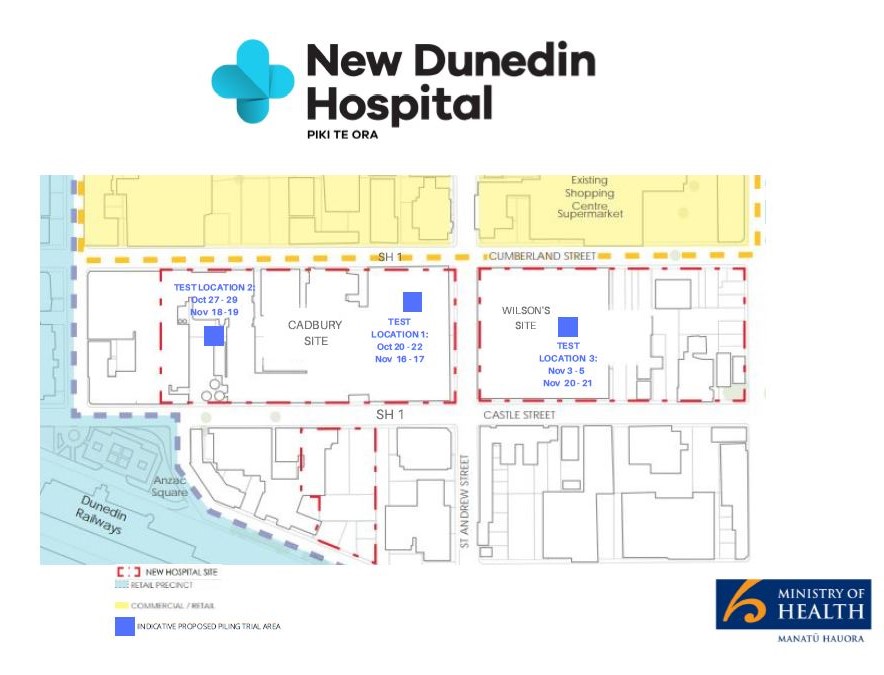 The tests would take place at three locations around the site - at the former Cadbury distribution warehouse, the Cadbury factory site, and the former Wilson’s car park block.

The tests start on October 20 and finish on November 21.

As the testing could cause "slight vibrations and louder than usual demolition noise", the New Dunedin Hospital project team had been in close consultation with neighbouring businesses and residences.

Mr Barns said the testing was an important step for the project to ensure construction ran as smoothly and safely as possible.

"By engaging with leading structural engineers to thoroughly investigate the safest and most efficient method of piling for the new facility, we’re looking to make the right decisions early.

"Early testing will enable the engineers to determine what will be the most cost-effective solution.

"We’re aiming to come up with the fastest possible solution which will minimise costs and mean less disruption to the community.”