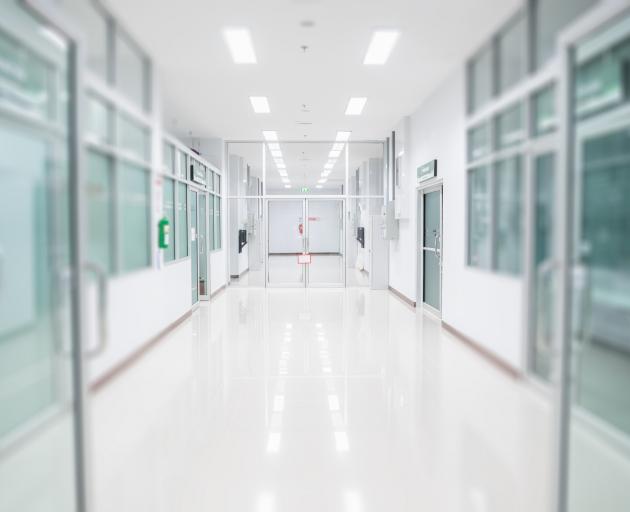 Lead author Dr Erin Penno, of the department of Preventive and Social Medicine and Centre for Health Systems, says about 2 per cent of private inpatient events had a subsequent admission to a public hospital. Photo: Getty Images
Private health patients are costing New Zealand's public system up to $11.5 million a year, a new study shows.

Taxpayers are footing the massive annual bill – which equates to the cost of 760 hip replacements - for patients who need public hospital care after private inpatient treatment, the University of Otago study published in the international journal Health Policy reveals.

The study used 2013/2014 data from the Ministry of Health and examined the frequency of public hospital admissions within seven days of a patient receiving privately funded health care.

Lead author Dr Erin Penno, of the department of Preventive and Social Medicine and Centre for Health Systems, says about 2 per cent of private inpatient events had a subsequent admission to a public hospital.

"That's the equivalent of 1800 patients moving from the private to the public health care system," Penno said.

"We might expect the cost of private hospital care be borne entirely privately, but our study suggests that is not always the case.

"Millions of dollars of public money is being spent on providing acute follow-up care for patients who have received care privately."

Health care in New Zealand is publicly funded and provided, and available privately for those who have health insurance or can pay for it themselves.

"While we should provide health care to those who need it, our study highlights that the financial boundaries between the private and public health sectors are blurred," Penno said.

"Our findings also suggest there is a risk that increasing use of the private sector may put more pressure on stretched public hospitals, crowding out those less able to afford private care and, in effect, increasing existing inequities in access and outcomes of care."

The study is the first of its kind for New Zealand.

Until relatively recently, no data has been available to be able to look at private sector activity and the flow of patients between the private to public health systems.

However, in recent years, the number of private hospitals submitting data to the Ministry of Health has increased substantially, which Penno said they used to evaluate whether the issue of cost-shifting from the private to public health systems was a significant issue in New Zealand.

"The private sector has argued that privately funded care comes at no cost to taxpayers and enables the public sector to focus limited resources on those most in need," Penno said.

"This analysis challenges that preconception, highlighting the small but significant flow of costs from the private to public health sectors and further illustrating the blurred boundaries between public and private provision in New Zealand."

The most common reason for patients seeking public health care after a private healthcare treatment was after elective procedures such as hip and knee replacements, for haemorrhage, infection and disorders of the circulatory and digestive system.

Penno stressed, however, that it was important to acknowledge that some readmissions are unavoidable, with international evidence suggesting up to a third are preventable.

"We should be capitalising on joined up data across the private and public health sectors to improve visibility to district health boards and private providers around the extent and potentially the drivers of readmissions."

Obviously this report needs analyzing in full but from the article above it appears to be deeply flawed. What are the savings of patients going through private health and having no recourse to the public system? Had these patients who underwent treatment privately been in the public hospitals would they have been readmitted anyway? I suspect that the private system is still saving the public system millions of dollars beyond this relatively small cost and ensuring timely treatment for thousands of patients. Ironically, the 760 hip replacements he refers to would be unlikely to be done in the public system and many would end up being done privately!

I suppose the people who can afford the private health care are also taxpayers so they also have the right to use the public services they pay for!

Ok. So none of you agree with Dr Penno's report.

Do you have experience of working in Public Health Systems, or are you for Private everything?

Public Health is an essential service, always shakey if National is in government.

Yes, worked in the health system for the whole of my career, including lecturing in health management.

Billions are spent every year on health, in 2017 it was 16.2 Billion for public and private combined. About 20% of that was private, so approx 3.2 billion is not being covered by the govt but privately.. and you're complaining about 11.5 million that taxpayers are paying? When these people are still entitled to public healthcare? Seems like some priorities got confused here.. You're talking about less than a percent of the public healthcare budget for a year (11.5 mill of 13 bill)