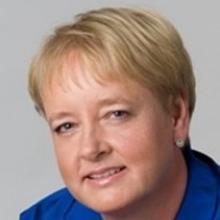 Deborah Powell
The  Southern District Health Board is being urged to work faster to reduce doctor fatigue as a result of the hours they are being rostered to work.

The New Zealand Resident Doctors' Association (NZRDA) says it is essential for the health and wellbeing of the doctors, and the care of their patients.

Mediation between the NZRDA and district health boards across the country, has been set down for September 12, when they will negotiate for renewal of the Resident Doctors and DHBs National Collective Employment Agreement (MECA).

NZRDA secretary Dr Deborah Powell said negotiations had stalled, largely over the issue of safer hours for the doctors.

She said the association aimed to change present rostering patterns, which has resident doctors working seven (10-hour) night shifts in a row, and 12-day shifts in a row.

The day shifts include two days of up to 16 hours, with only two days off before returning to work.

Dr Powell said the association was asking to work no more than four consecutive 10-hour night shifts, and no more than 10 days in a row, with adequate recovery time before returning to work.

``Resident doctors will still work all the nights and all the weekends, just as they always have. We just want to break these long stretches up, so the doctors don't get so fatigued.''

Dr Powell said the NZRDA had been trying to resolve the issue at a local level for four years, with limited success.

So the association had turned to the bargaining of their MECA to get definitive resolution.

``The doctors are suffering from significant levels of fatigue on these long stretches, and are a risk to themselves, their patients and members of the public.

``We can no longer wait in the hope the district health boards will do the right thing, sometime.''

Of the 144 affected rosters identified nationally, the NZRDA found the Southern District Health Board had 11 - six at Dunedin Hospital and five at Southland Hospital.

The SDHB employs 243 resident doctors, and 122 of them work on one of these 11 affected rosters. None of them has been entirely rectified.

NZRDA southern representative Dr Nick Erskine said while the association applauded the SDHB for being one of the first DHBs to engage with NZRDA on safer rostering, it was disappointing the momentum had not been maintained.

``We also struggle to understand how a DHB can accept the impact fatigue is having in one hospital, and improve the roster as a result, but seemingly ignore the same situation and its effects in the other hospital.

``As an example, while the Dunedin medical registrars caring for patients with conditions like heart attacks, asthma, strokes and diabetes work to a maximum of four night shifts in a row, their counterparts in Invercargill still work seven consecutive night shifts.

``In Dunedin, the doctors in paediatrics are not expected to work more than four night shifts in a row, and yet their counterparts in Invercargill still work seven.

``Both sets of doctors should have the same safer rostering patterns,'' Dr Erskine said.

He called on the SDHB to complete the process for all affected doctors without delay.

``It is essential for the sake of the health and wellbeing of the doctors and the care of their patients, that we move urgently to reduce the doctor's fatigue as a result of the hours they are being rostered to work.''