The roles of chief operating officer (COO) and deputy chief executive will be dumped in a sweeping management restructure proposal unveiled at the Southern District Health Board. 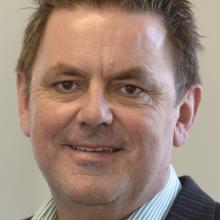 The proposed restructuring would not slim the executive leadership team. Its number would increase by one to 13 (including the chief executive), but there is quite a bit of change in the make-up of the roles. The brunt of job losses would be borne at the next two levels of management.

Across the three management levels in the proposal, 59 roles would go and 36 would be created.

Staff whose roles had been scrapped would be able to apply for the new roles. Mr Fleming wants to introduce more site-specific senior roles in Dunedin and Invercargill.

The last big restructuring — five years ago under a different chief executive — did away with many site-specific roles in a bid to make the health board more united.

"While this, too, is understandable as we have sought to truly become one DHB, we are spending far too much time travelling between our respective sites and at times having a limited leadership presence at each of our locations on a day-to-day basis."

Almost all roles would be advertised internally and  opened to external applicants only if necessary.

The restructuring would be subject to a consultation period ending May 26. A final structure would be announced a month later, and the formal application process would start in late June.

Mr Fleming said he wanted to reduce the complexity of management and make it focus more on "critical strategic areas", such as  community healthcare.

"We must grapple with substantial infrastructure challenges requiring fundamental changes to the way in which services are delivered.

"We face tremendous pressure from a relatively static but ageing population — with the exception of significant rapid growth in the Central Otago Lakes area — a legacy of under-investment in infrastructure, and continued fragmentation of service planning and delivery despite having been merged for a number of years now, and continued tight fiscal settings," the proposal says.