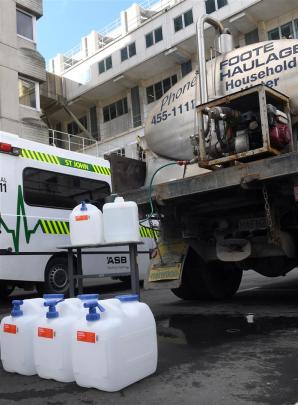 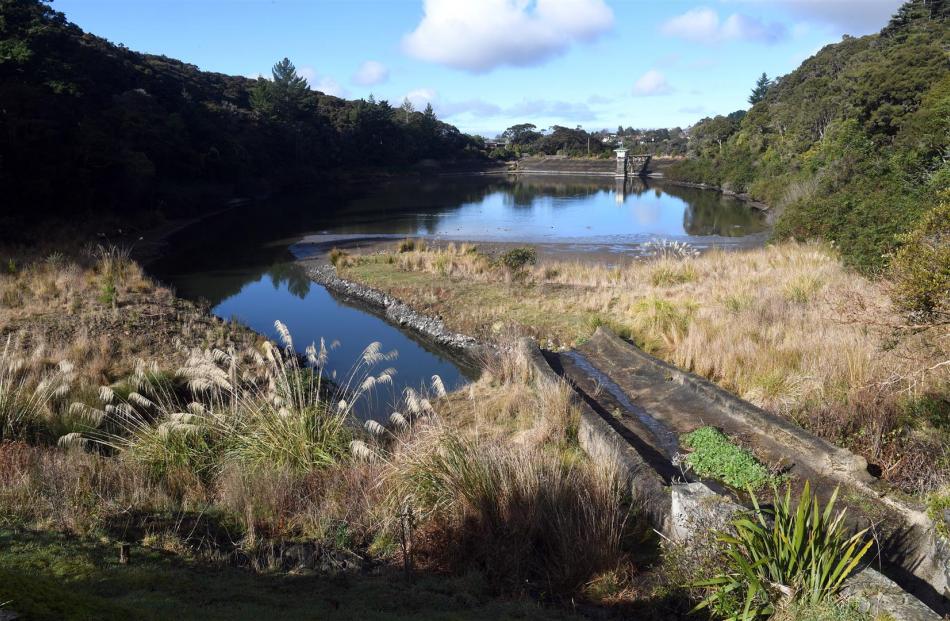 The Ross Creek reservoir at its lowered level yesterday. 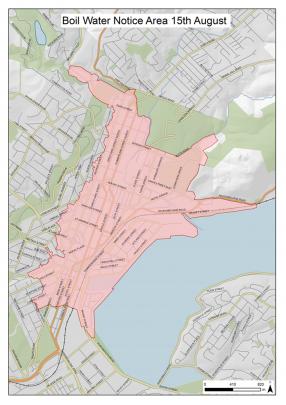 Dunedin Hospital has opened an emergency operations centre (EOC) in the wake of the water-quality scare in north Dunedin.

Southern District Health Board EOC incident controller Jenny Hanson said the hospital was following advice from Dunedin City Council and staff had been advised not to use or drink the water.

She said a water tanker and bottled water was being used to supply the hospital, and patient meals were unaffected.

Any affected patients would be contacted by the hospital.

''Our emergency department is busy and the public are asked to keep ED for emergencies only.''

Ms Hanson said the hospital had not observed any increase in gastroenteritis (vomiting and diarrhoea) in the Dunedin area but Public Health South would conduct ongoing surveillance.

Faculty of Dentistry acting dean Prof Alison Rich said public clinics had to be cancelled at the University of Otago Dental School yesterday and would remain closed this morning.

A University of Otago spokeswoman said all Dunedin-based students and staff were contacted yesterday morning and warned not to drink the water.

Campus and collegiate life director James Lindsay said the colleges of residence had been affected and were using bottled water that had been stored for such contingencies.

Schools affected by the contamination contacted parents to advise pupils were not drinking the water at their schools.

Schools contacted by the Otago Daily Times said they would not need to close because of the contamination.