Heartfelt thanks in letter from KVC pupil 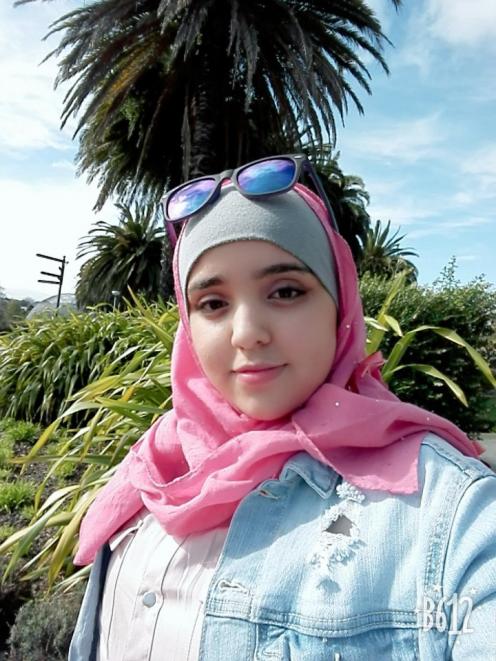 Jordanian-born Mallak Momani's letter was published in the school newsletter yesterday, and showed how their friendship and reassurance had filled her and fellow Muslims with courage.

"I would first of all like to thank all of the Dunedin community and all the people at school for their love and support in this crisis that we have been going through.

"All of this support has given me and others, the ability to stand up on our own and still feel welcomed and loved in New Zealand.

"Friday the 15th is a day of worship and peace for all Muslims around the world, but for some it was the tragic day they lost a loved one.

"Not only has this been sorrowful for the people who have lost a loved one, but also for the whole of New Zealand.

"And it's still very hard for myself to accept and believe that for someone who I consider a part of my family, could ever be shot and injured in such a brutal and inhumane way.

"And I also feel a lot of grief for those who have been killed in such a resentful manner.

"If this killer's aim was to kill people and embroid fear into our hearts and turn us into a divided nation, then he has failed in doing so.

"In fact, his horrendous crime has only brought us closer together and has raised awareness that such a person does not represent the New Zealand nation at all.

"My feelings of love and safety for New Zealand have not changed, but rather increased.

"And we still believe that New Zealand is for everyone. Kia kaha."

She was a wonderful role model, and her letter had a valuable message that the school wanted to share.

"She agreed to have her photo published next to the letter, and not all of our young Muslim women are prepared to have their photos in public."

Mallak is in Christchurch this week, supporting victims of the shootings.