By Daisy Hudson
0 Comments
It was a day filled with sadness, grief and aroha.

As the dozens of first responders, family, and friends stood solemnly around the memorial to David Gray’s victims, it was clear the events of November 13, 1990, were still fresh in their minds.

The group of more than 60 people gathered to mark 30 years since the Aramoana massacre on Saturday.

The service was part of a weekend of events to honour the anniversary, organised by retired Dunedin senior constable Paul Buchanan.

Former members of the armed offenders squad (AOS) and other first responders travelled from around the country to be part of the occasion. 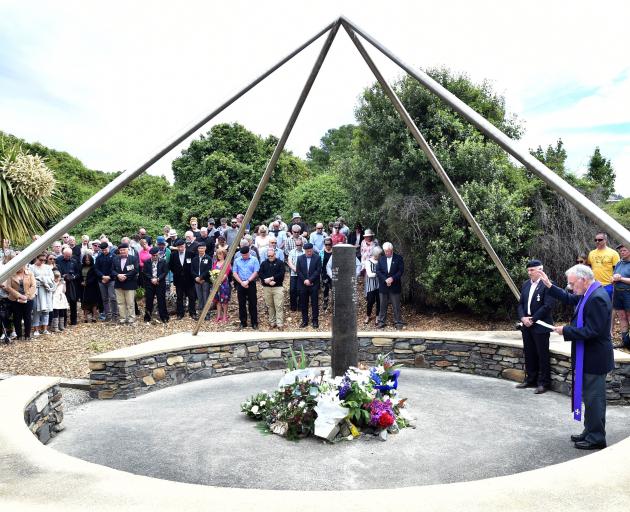 Police chaplain Monsignor John Harrison leads a prayer for the victims of the Aramoana massacre during a service to mark the 30th anniversary of the shootings on Saturday. PHOTO: PETER MCINTOSH
The service began with an honour guard formed by current Dunedin AOS members, before a tribute from Mr Buchanan and a minute of silence.

There were many changes to policing as a result of Aramoana, reflected in modern practices, he said.

He also paid tribute to Mr Buchanan for organising the event.

He had heard stories of selflessness and courage that amazed him.

Each year, a few of those involved with the Aramoana response would get together and catch up over a drink, but this year they decided to do something bigger.