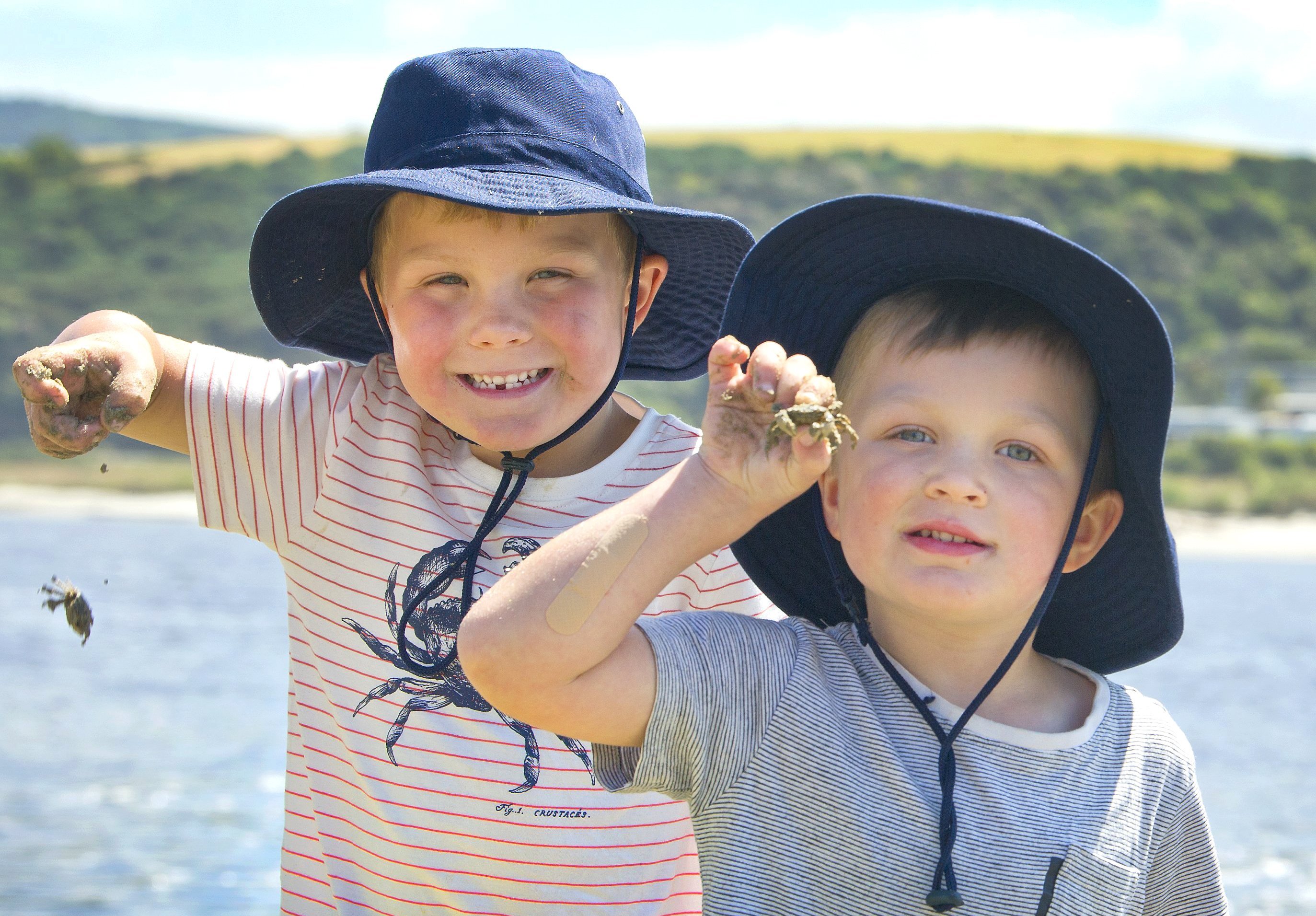 Brothers Hudson (6, left) and Harvey (4) Sides show off the small crabs they caught while playing on the beach at Taieri Mouth on Saturday. PHOTO: CHRISTINE O’CONNOR
Parts of Otago recorded some of their hottest temperatures so far this year as the mercury hovered around 30degC at the weekend.

MetService forecaster Aidan Pyselman said on Saturday, Alexandra had a high of 31degC and Wanaka reached 29degC on Thursday, Friday and Saturday.

"For all three locations, it was their highest temperatures so far this year."

Not surprisingly, beaches around the Otago coastline and central lakes were very popular with local residents looking for some relief.

Mr Pyselman said the scorching weather was caused by an active weather system which came in from the Tasman Sea, bringing northwesterly winds over the Southern Alps.

"It causes a Foehn effect. When wind comes over the Southern Alps, a lot of the moisture gets dropped on the west side, the air compresses and when it comes down the other side it’s warmer, and if you get good sunshine on top of that as well, it helps to enhance it all."

Much of the southern region basked in the mid-20s until yesterday afternoon, when temperatures dropped sharply, due to a new set of troughs crossing over the South Island, he said.

"It’s going to be quite a drastic change this week.

"It’s looking like quite a cold week — going back to spring sort of weather.

"Temperatures will be in the mid to high teens and the first few days of the week will be quite showery."

The active series of troughs were forecast to move east across southern and central New Zealand tomorrow and on Wednesday, bringing likely warning amounts of rain to Fiordland and the Otago headwaters.

"Generally, it’s going to be more unsettled until this trough moves away later in the week," Mr Pyselman said.