By John Lewis
0 Comments
Any of these kitchen "skills" stir a memory?

Making mac and cheese by putting dry macaroni in the oven with cheese on top?

Eating raw bacon for a few weeks because it looked like ham and you had no idea it had to be cooked?

Or surviving on mince and two-minute noodles for a year because they were the cheapest foods?

These are just some of the culinary horror stories coming out of student flats every day in Dunedin.

She said the idea was seeded during a potluck dinner with friends and their parents, when they started reminiscing about some of the "memorable" meals made by their flatmates when they were students.

"That was when I realised that there is so much that we can do for the students initially when they come to university.

"It shows we really do see a need among the students to actually look after themselves before they can do anything greater in the future."

She said the food poisoning rate among students each year was high.

"One of my friends was a classic example. She and her flatmates all got sick and had to isolate for a week." 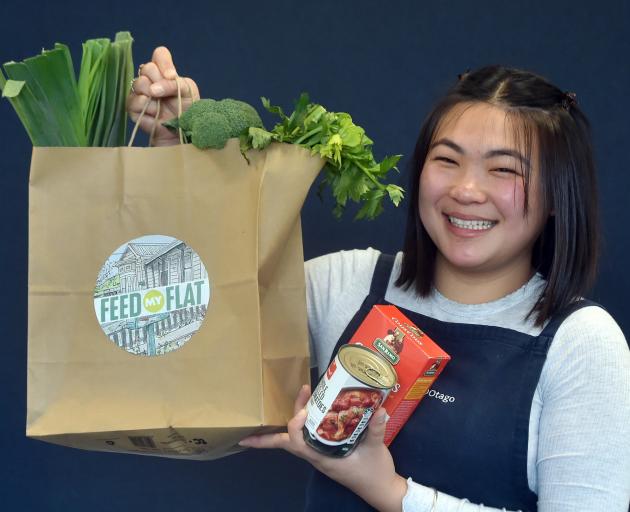 In general, food poisoning was caused by a lack of knowledge about food preparation.

"Chicken is a classic one. A lot of people didn’t realise that when you chop up chicken, you have to clean the chopping board before you chop up vegetables on it.

"It’s just basic knowledge that we take for granted, but it’s not and students learn the hard way."

With the support of the human nutrition department, she is providing ingredients from local suppliers and recipes for three meals (four portions for $85, or six portions for $125).

Miss Ti said the food bags and the associated social media were a fun, low-cost and easy way of supporting students to build cooking skills and look after themselves with healthy food choices while studying.

At present, there was capacity for up to 50 flats a week, but if it was popular, there was room to expand.