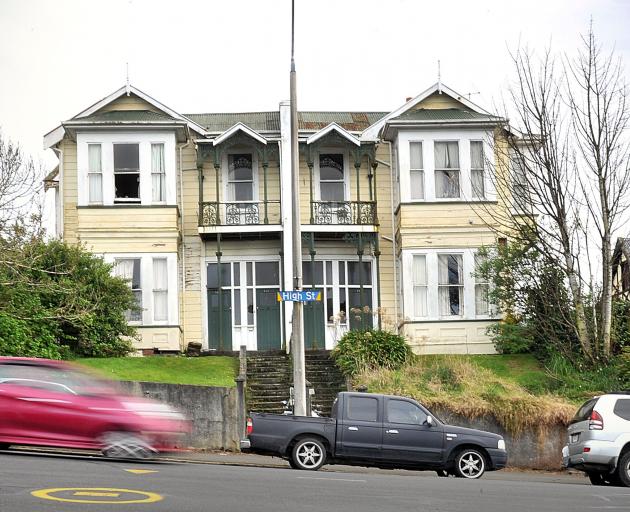 The building at 320 and 322 High St is slated for demolition. PHOTO: CHRISTINE O'CONNOR
Heritage values are being pitted against higher density housing as a 120-year-old High St house is set to be demolished to make way for blocks of flats.

The semi-detached two-storey building at 320 and 322 High St is on the chopping block as owner Cliff Seque has applied to build two blocks of flats totalling nine units in its stead.

The development would comprise a front block of five flats with an appearance reminiscent of the current building, with a further block of four flats to be built behind it.

A panel of the Dunedin City Council’s hearings committee met yesterday morning to consider the application to knock down the house, believed to have been built in 1901.

Solicitor for the applicant Phil Page said the panel had to judge the best course of action between incompatible policy outcomes.

‘‘What the policy framework is not telling you is how to resolve the tension between, on one hand, providing quality housing choices for the people of Dunedin, and on the other protecting heritage buildings.’’ 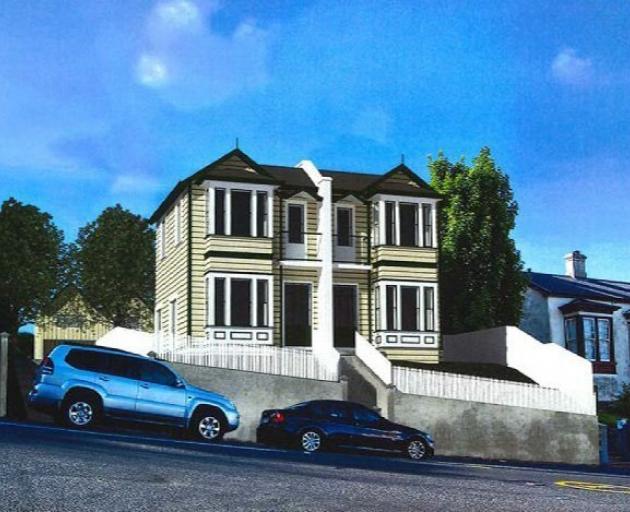 An artist’s impression of its replacement. IMAGE: DAVID RUTTER
The proposed new flats would be a better reflection of the council’s policy framework than retaining the current building, he said.

The panel had been called on to consider the resource consent application after it had been determined that public notification of the plans was not required, as the environmental impacts of the proposal did not meet the necessary threshold.

In a report assessing the need for notification, consultant planner Kirstyn Lindsay made the recommendation for a hearing, and said the demolition of heritage buildings in the city was a sensitive issue with strong community interest.

The report also said the building was located in a heritage precinct where the council has been dealing with Environment Court proceedings concerning modifications to buildings, and the question of whether the environmental effects are minor was very finely balanced.

Council staff recommended the consent be granted subject to conditions.

Mr Page requested a condition requiring the front block of units to be completed within 18 months of demolition to be changed to 24 months.

Ms Lindsay had was not opposed to the proposed amendment to the condition.

Panel chairman David Benson-Pope said the panel would carry out a site visit if they decided one was necessary, and would ‘‘deliberate in due course’’.

My house was built in 1909....
Haven't had Heritage societies knocking on my door to offer money for its upkeep....
Private property, do what you like with it

Unless you need resource consent for major repairs and maintenance.

So the landlord(s) can make more money out of the property. That's all that matters, isn't it? (And the increase in valuation will lead to increased rates, more income for DCC, who are not biased, are they?)