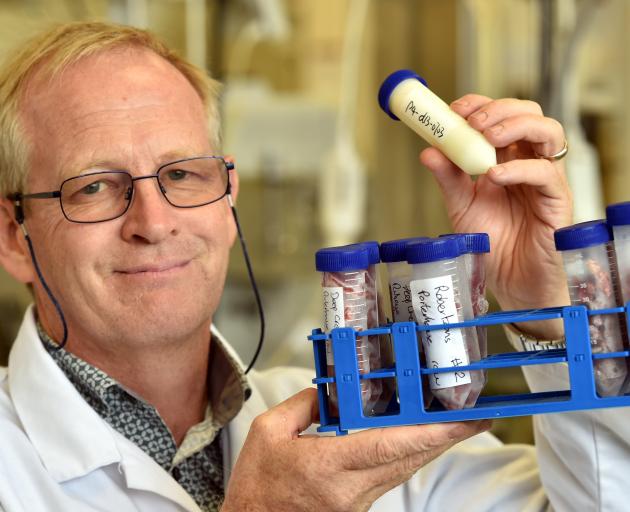 As a high-quality international food exporter, New Zealand is engaged in a high-stakes game in which unexpected problems could suddenly threaten our trading position, Prof Frew says.

Maintaining our high reputation is ''critical'' to our future.

''Reputations are on a knife-edge at all times.''

Last year, the decision of a Singaporean arbitration tribunal resulted in Fonterra having to pay out $183million to French milk company Danone.

This followed a precautionary withdrawal of whey protein by Fonterra in August 2013.

Prof Frew said the size of that payout, and the overall value of our dairy exports showed ''the stakes are really high''.

In the case of Fonterra ''a simple thing like that could cost them an awful lot of money''.

Exported Spanish cucumbers had been mistakenly blamed for a fatal E. coli outbreak in Germany in 2011, which cost Spanish exporters $US200million a week.

He is continuing his work as the lead country co-ordinator for a new UN-backed project to strengthen food traceability in 19 Asia Pacific countries, including New Zealand and Australia.

Key export markets had become increasingly aware of the ''hugely important'' need to trace the origins of food, and scientists have turned to regionally distinct isotopic geochemical signals in soils and rain.

These unique ''fingerprints'' enabled foodstuffs to be traced to their place of origin, he said.