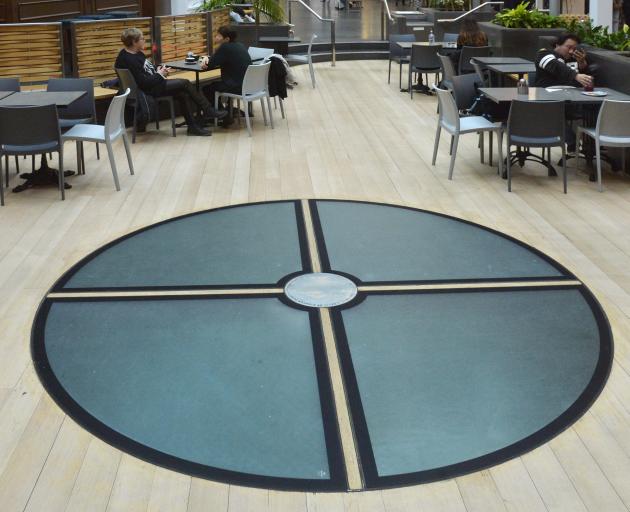 This site in the floor of the Wall Street Mall, in George St, marks where a more than 150-year-old causeway used by Dunedin’s first European settlers was found. PHOTO: GERARD O’BRIEN
The earliest surviving structural evidence of the European settlement of Dunedin will soon be underfoot again for shoppers in the city centre, at an estimated cost of $400,000.

Uncovered about 1.3m below ground in George St during the construction of the Wall Street Mall, the manuka causeway early settlers used to keep out of Dunedin’s infamous mud would be returned faithfully to where it was found next year, Dunedin City Council heritage adviser Andrea Farminer said.

Over the past 18 months, architects, mechanical engineers, conservators, Heritage New Zealand staff and scenic artist Andy King had been working alongside the council on plans to display the timber track in glass set into the mall’s floor. 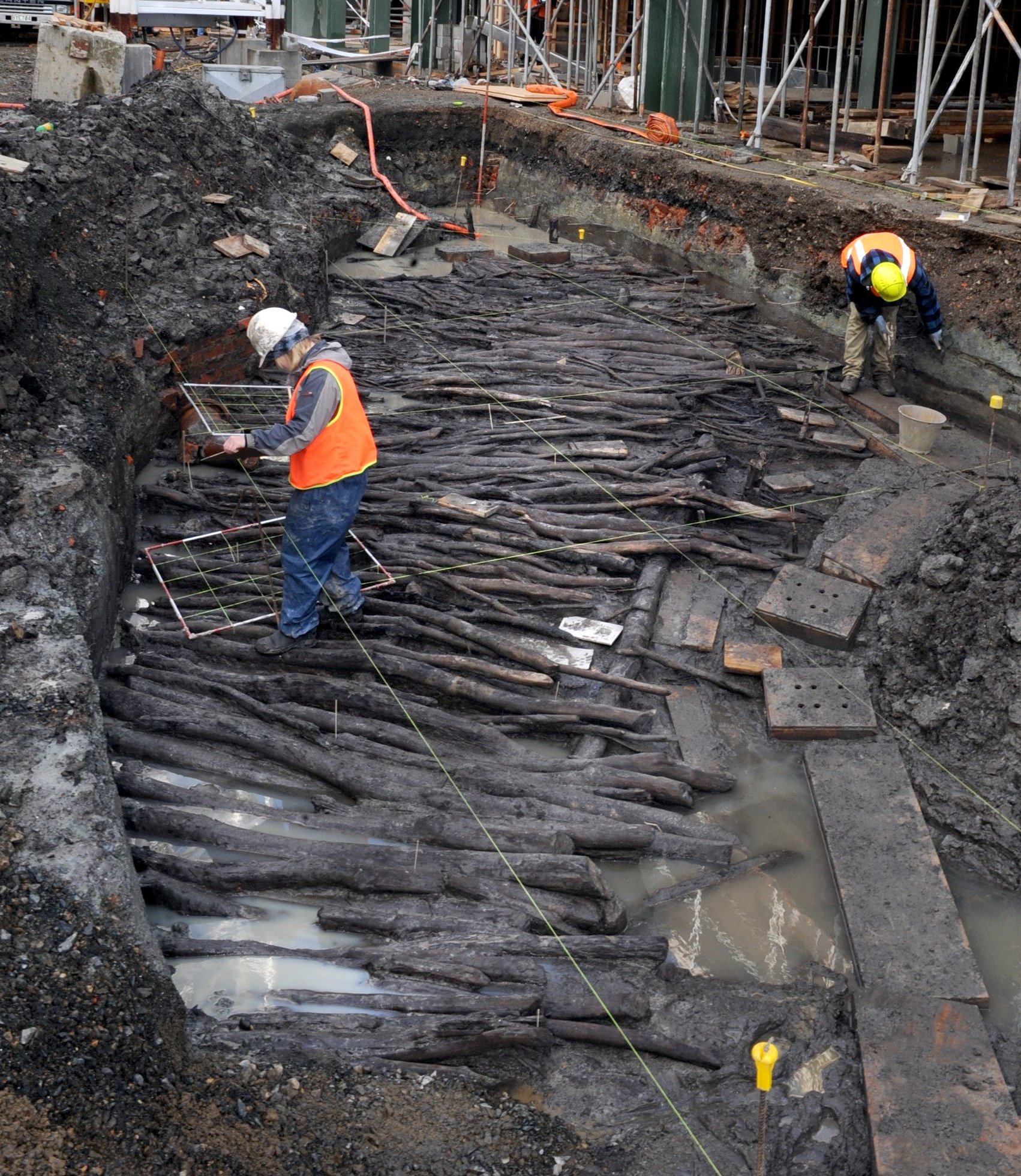 In this 2008 file photo, then University of Otago anthropology student Maria Butcher sketches the early Dunedin causeway discovered at the Dunedin City Council's Wall Street development. PHOTO: STEPHEN JAQUIERY
It would give mall-goers the sense of walking over the timbers just as the early settlers had experienced the area, Dr Farminer said.

"When the trees were levelled, they were laid down so that people could cross and actually take down more of the bush, build some temporary houses, even before George St, the road itself, had actually been laid out. It was literally the earliest, earliest Dunedin we’ve ever had," she said.

The work, agreed to after Heritage New Zealand brought a prosecution against the council for failing to comply with an archaeological authority, had "languished in store a wee bit" before the project was revived by council property services group manager David Bainbridge-Zafar several years ago, she said.

Despite emails to city councillors provided to the Otago Daily Times including a $400,000 estimate for the work, Mr Bainbridge-Zafar said the council was "finalising designs" and the final cost of the project would be known once that work was completed.

To date the council had spent $153,000 to undertake preservation work after the timbers were discovered.

At this stage he said he could not provide an exact timeframe for the project.

A council request for tenders for the manuka causeway reinstallation on the government electronic tenders service closed on September 30. 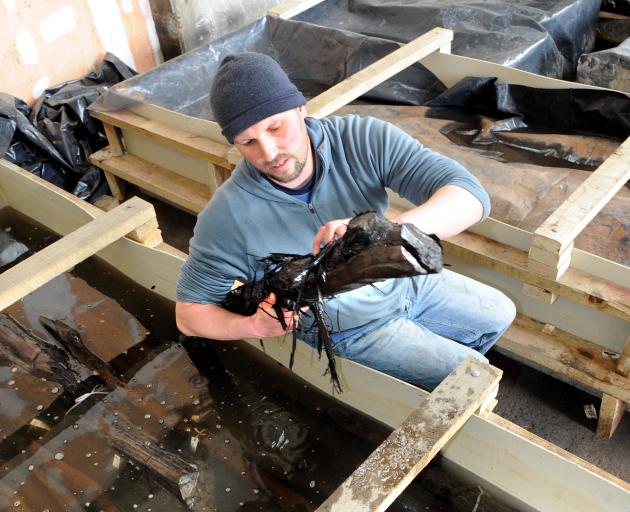 Archaeologist Jason Gay checks timber from the Wall Street causeway which was undergoing treatment in a chemical solution in Dunedin in this 2009 file photo. PHOTO: STEPHEN JAQUIERY
Mr Bainbridge-Zafar provided sentencing notes from the Dunedin District Court in 2008 after the council entered a guilty plea to an offence under section 100 of the Historic Places Act 1993.

The council was discharged without conviction after it agreed to remedy the damage and preserve and display the causeway "at a significant cost" and ongoing costs of $15,000 a year, Judge Kellar wrote.

Heritage New Zealand Otago Southland manager Jane Macknight said this week in recognition of the importance of the archaeological site, the Crown entity was creating a formal report for the site following its interim registration as a Category 1 listing on the New Zealand Heritage list.