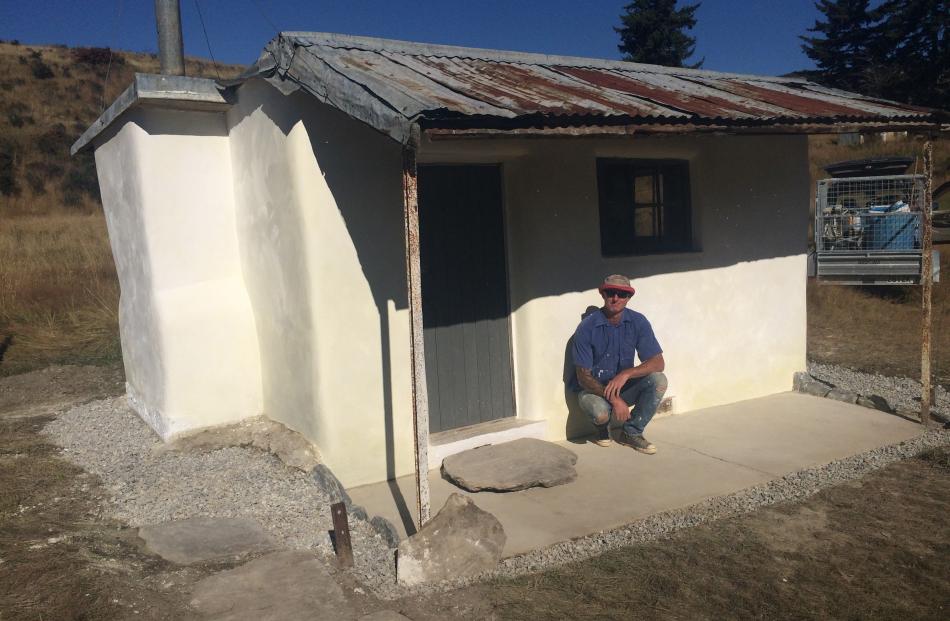 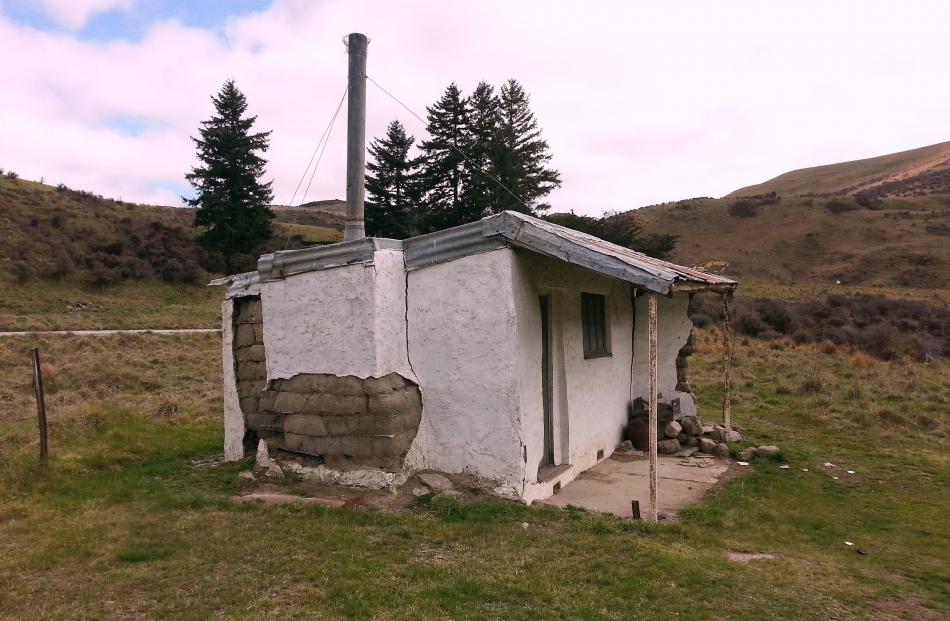 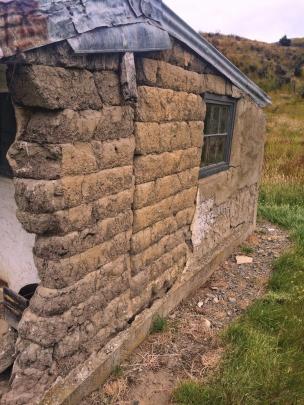 The unattached sod brick wing which was removed and used to patch the hut. 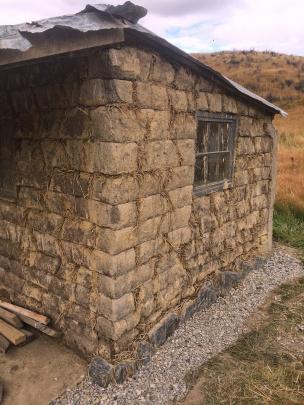 The wall after repairs. 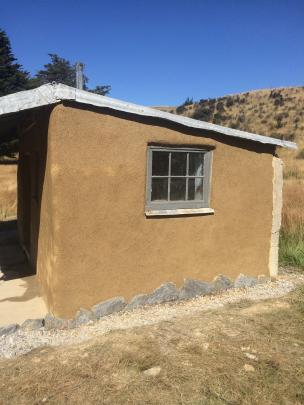 The Hughie Fraser Hut during restoration, with a layer of clay plaster over the mud bricks.

A historic miner's hut near Macraes was close to disrepair, but the Department of Conservation said sod that.

Hughie Fraser's Hut, in the Golden Point Historic Reserve, was built in the 1930s, using earth bricks cut from the surroundings.

A subsequent decision to roughcast the hut in the 1950s almost led to disaster as the sods were affected by continual moisture, Doc senior ranger Murray Thomas, of Geraldine, said.

''This kind of surface is incompatible with the sod brick construction and allowed water to damage the bricks, with the roughcast walls in a state of crumbling disrepair,'' Mr Thomas said.

''The aim of the restoration work was to be as authentic as possible, using the original fabric of the building.''

Doc teamed up with Geraldine's Liam Flannery, of Down to Earth Plaster Works, to restore the building.

The cottage was clad with a permeable surface to allow it to ''breathe''.

The building was covered in a layer of clay and straw; followed by clay slip; a plaster made from clay, sand and straw; chicken wire for strengthening; another layer of the plaster; and finally plastered with lime.

''It's taken it back to a standard that will last into the future,'' he said.

''The original iron roof has been patched to make it waterproof and the hut should now last for another 50 years.''

It was a relief to be able to save the hut, which was first identified as needing work in 2003.

Since then it had deteriorated further.

''It wasn't too far away from something disastrous happening.''

The hut was in the boundary area between Doc's South Canterbury and Central Otago districts, and a combined funding effort allowed the restoration to take place.

There was a lot of mining history in the reserve area, including other sod huts, a wooden house and a stamper battery, Mr Thomas said.

Hughie Fraser's Hut still had contained a cast iron coal range and a cabinet made from kerosene tin boxes.

Staff had cleared the interior of accumulated bird nesting materials and bird droppings, and vermin-proofed it.

The hut was open to the public and was now being managed by Doc's Central Otago office.