Children at Caversham School in Dunedin knit for refugees. PHOTO: AUCKLAND LIBRARIES HERITAGE COLLECTIONS
More than 80 years before the current crisis in Ukraine, children in Dunedin as young as 5 did their part to help people in war-torn Europe.

Now a Nelson-based author is trying to identify some of those children.

For the book she has found a picture of children at Caversham School in Dunedin in 1940 knitting for Polish refugees.

She said she wanted to identify the children in the photograph so she could talk to them about their childhood memories of World War 2, particularly anything related to what their mothers did during the war. 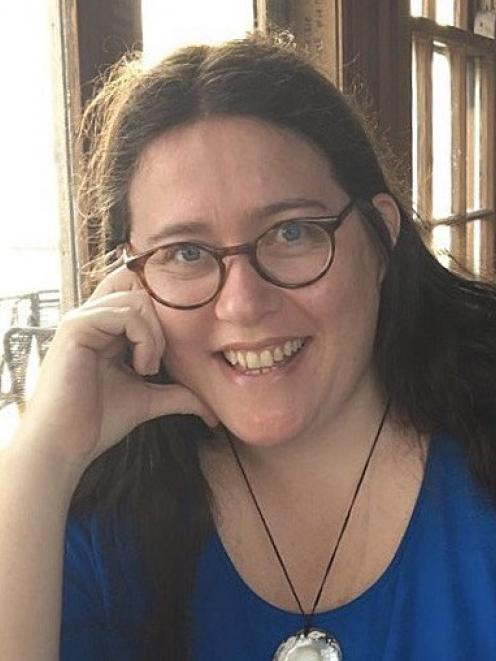 Social historian and author Renee Hollis. PHOTO: SUPPLIED
The children would be about 87 years old now, she thought.

"I’d love to know who these children are."

About 1.7 million Poles were deported to labour camps in Siberia after the Soviet occupation of Poland in 1939, she said.

In 1944, four years after the photograph was taken, 800 Polish refugees arrived in Wellington seeking safety.

Principal Katrina Munro said she would add the photograph to the school’s weekly newsletter to   see if anyone responded with information about the children.

History had repeated itself in a good way last month, she said.

"We joined with other schools around New Zealand as part of Save the Children’s Ukraine appeal.

"We wore blue and yellow and children brought a coin donation," she said.

Letters, diaries, and photographs relating to the WW 2 experiences of New Zealand women and girls can be sent to Renee Hollis before June 19.

They can be emailed to newzealandsilentarmy@gmail.com or posted to Renee Hollis, PO Box 85, Nelson, 7040.

An address should be included so items can be returned.