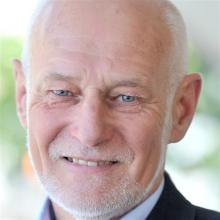 Pete Hodgson
Outgoing hospital rebuild chairman Pete Hodgson has a simple explanation as to why his role with the project is changing: "I’ve never built a hospital and it’s important we engage people who are experts in construction."

Health Minister Andrew Little yesterday announced a major restructuring of the governance of the Dunedin Hospital rebuild, which will result in the Southern Partnership Group, which Mr Hodgson has been chairman of for about three years, being replaced by a new executive steering group.

"It’s timely, as from my perspective most of the key decisions have been taken and are through Cabinet.

Mr Hodgson said he expected to still be involved with the project in some way as there were many details the SPG had yet to determine such as construction workforce issues, but his skillset was not the one needed once leadership of the construction programme began.

"We also have decisions about the interface between tertiary health science education and health provision and getting that as adjacent and functional as we can."

Mr Hodgson said there was now far stronger local involvement with the hospital project than there was when he began his role with the SPG — when the former chairman was based in the North Island, meetings were in Wellington, and dealings with the University of Otago were by letter.

"The SPG got the project from nothing happening to something happening ... whether I’m on this new thing or not, this new group must be very well-linked with Dunedin," Mr Hodgson said.

"It is really important that the new group is well-embedded in the Dunedin scene, and has good Dunedin representation."

Mr Little said yesterday the Local Advisory Group, which has provided the SPG with provincial input, would remain.

Mr Hodgson said he would meet Mr Little and Finance Minister Grant Robertson next month to discuss his future part in the project.