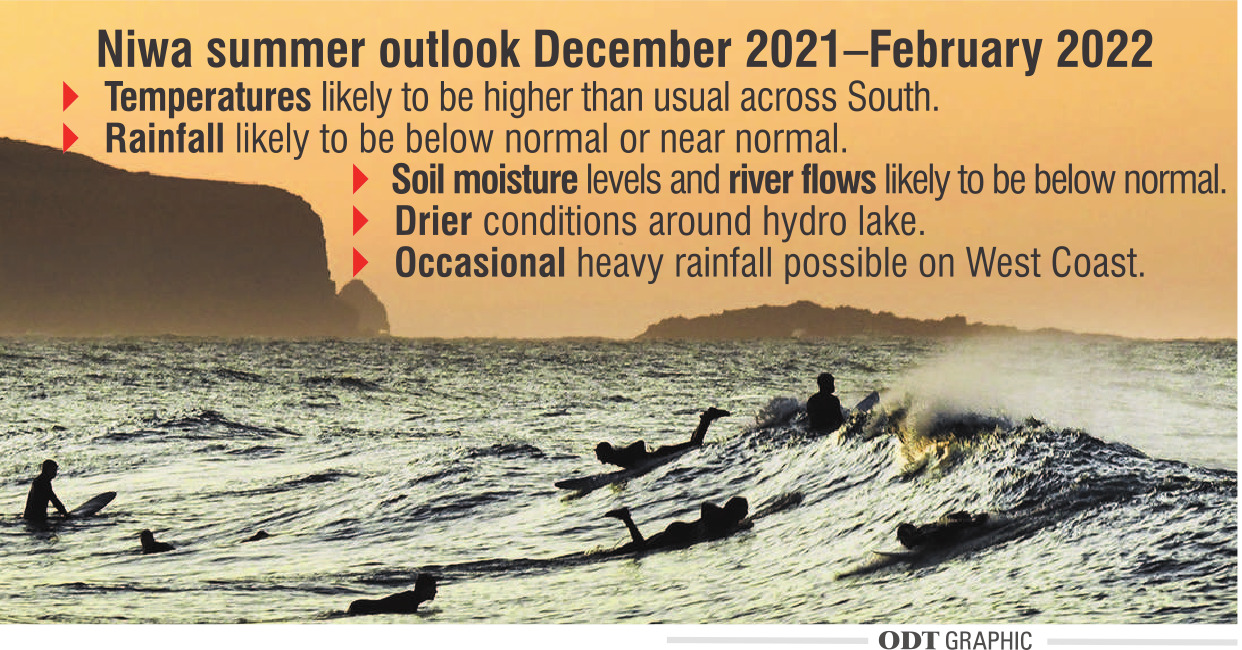 Niwa is predicting it will be a hotter and drier season than usual in the South.

Niwa National Climate Centre forecasting principal scientist Chris Brandolino said La Nina conditions had developed in the equatorial Pacific last month, and although the weather phenomenon was unlikely to be strong, it was expected to be a key climate driver for New Zealand over the next three months.

He said marine heatwave conditions had been observed in New Zealand’s coastal waters during November, particularly along the east coast of the South Island, and the unusually warm seas were expected to continue - similar to the notoriously hot summer of 2017-18.

Air pressure was forecast to be higher than normal near the south and east of the South Island, while lower-than-normal air pressure might develop north of the country, particularly later in the season.

"This is expected to be associated with more easterly-quarter winds than normal, which increases the chance for dry spells about the interior and west of both islands."

For Southland, inland Otago and the West Coast, temperatures were very likely to be above average, and rainfall totals and soil moisture levels were about equally likely to be below normal or near normal, he said.

"Along the West Coast, occasional heavy rainfall events may result from atmospheric rivers of moisture moving into the region.

"La Nina-like patterns of high pressure near the South Island may also contribute to drier conditions around the hydro lake areas."

In coastal Otago, temperatures were also very likely to be above average and more easterly-quarter winds might keep overnight temperatures higher than normal.