By Emma Perry
0 Comments
Not many people can say they managed to get a house for their birthday.

But for Dunedin woman Karen Rowe, whose birthday was yesterday, it was the "best present ever" to have been successful in buying this year’s Otago Polytechnic student-built charity house for $325,000.

She and her husband, Barry, put in a bid on the property on Saturday, from which $100,000 of the price was donated to United Way, which will distribute the money to nonprofit organisations in Otago. 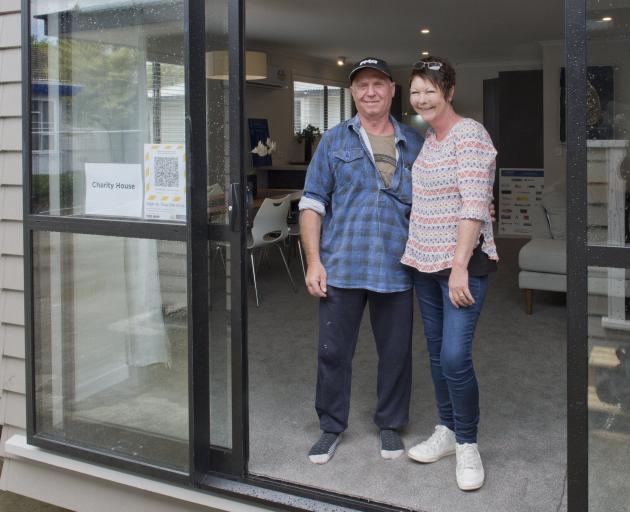 Barry and Karen Rowe, of Dunedin, bought the student-built Otago Polytechnic charity house. PHOTOS: GERARD O’BRIEN
Mr Rowe said the couple were thrilled to buy the house after being out of the property market for a while.

"We’re looking forward to getting back into our own home again."

It was an added bonus knowing some of their money was going to charity.

The next challenge was finding land for the transportable home, he said.

The four-bedroom house comes furnished and kitted out with everything from appliances to sound systems, made possible by a range of sponsors.

Bayleys Metro Auctioneer Chris Maclean runs the auction at Otago Polytechnic on Saturday.
Mr Rowe said they did not have their eye on the charity house initially.

However, they were pleased to have got the home for the price they did considering it was furnished.

About 50 people were at the auction where two other unfurnished student-built houses up for auction were bought by a property developer, who did not wish to be identified, for $261,000 and $275,000.