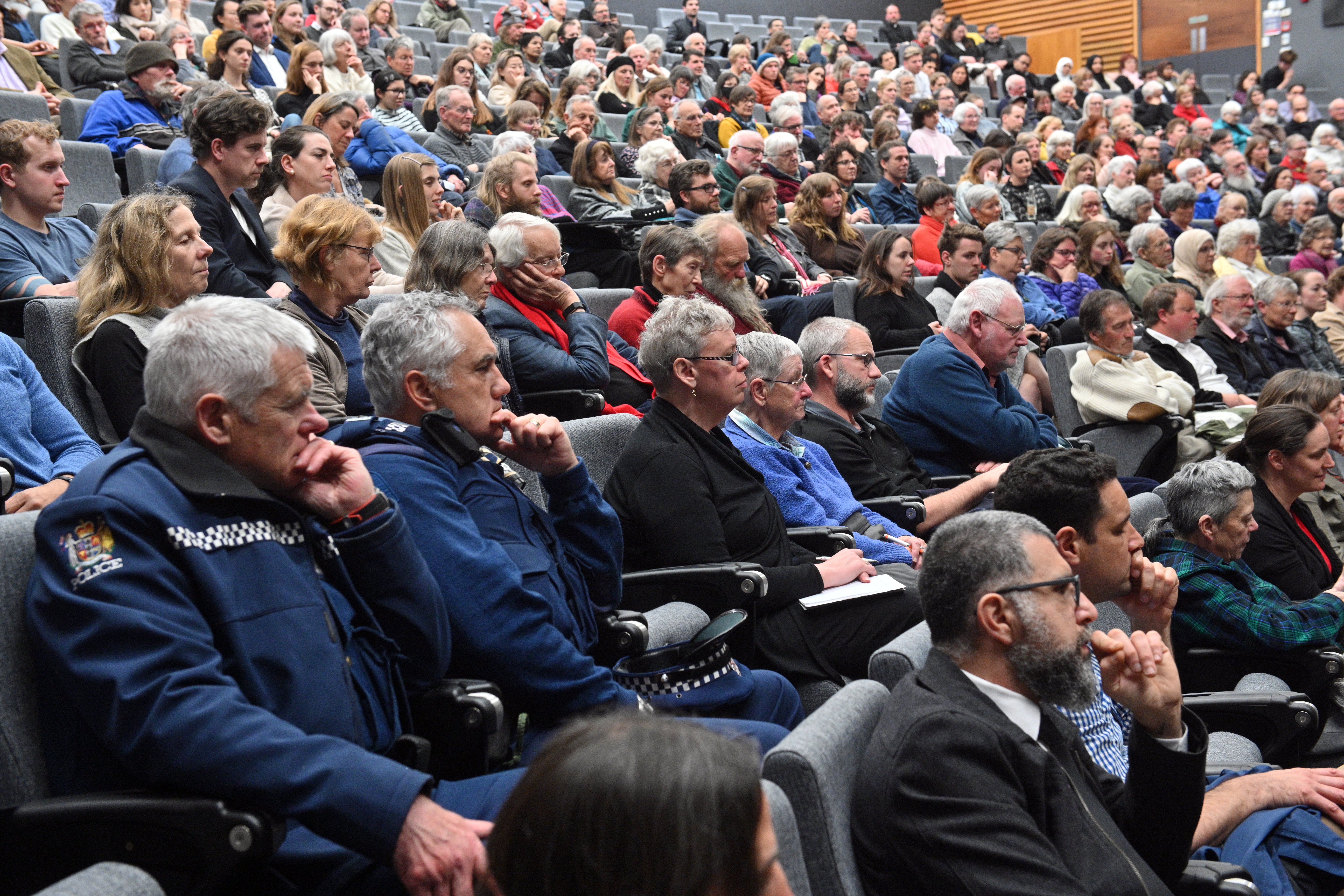 "But if people want me, I’ll do conversations." 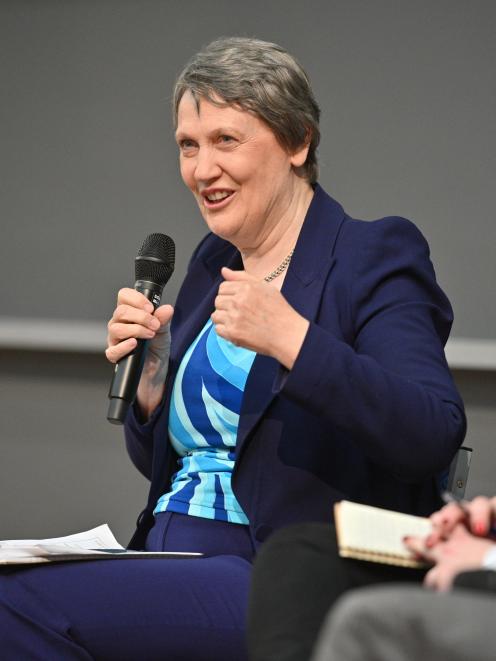 Helen Clark. PHOTO: LINDA ROBERTSON
And so for the first time in the event’s 17-year history, the organisers changed tack and turned it into "a facilitated conversation" on the topic of Peace and Hope: Together in the Age of Covid-19.

Miss Clark believed lectures could be "quite static" and that, given the topic, it would be better to hear the voices of the audience as well.

The event was hosted by the Dunedin Abrahamic Interfaith Group and the Otago Tertiary Chaplaincy at the University of Otago’s St David lecture theatre last night, and attracted more than 500 people.

Miss Clark was also joined by a panel of speakers, made up of Rev Dr Jordan Redding, Emily Schwartz and Amal Abdullahi, who represent the local Christian, Jewish and Muslim faiths respectively and answered questions on the topic.

Then they were asked what ways New Zealand was still without peace and how they could move towards it; whether New Zealand had a role in international peacekeeping; if Covid-19 had helped us to see and address issues we may not have seen before; whether social media could be used to foster peace rather than incite violence; and how we could help to create an engaged community at a local level to increase civic participation.

In the final question, they were asked where they found hope and inspiration, and how they maintained peace in moments of controversy.

While the audience hung on every word Miss Clark said, it became clear by the end of the night that the answers to the questions lay within everyone there.