Identifying with the homeless 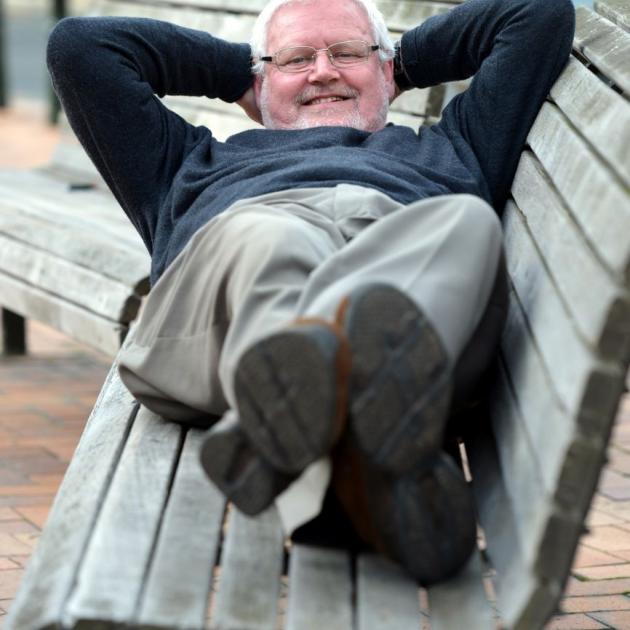 Dunedin Night Shelter Trust chairman Dave Brown tests the benches in the Octagon. He, along with trust board member John Le Brun and Labour MP David Clark, will be ''sleeping rough'' in the Octagon on Sunday night to raise money for the night shelter. Photo by Stephen Jaquiery
Dunedin Night Shelter trustees will sleep on the street this weekend to raise awareness of the ''elephant in the room''.

Dunedin Night Shelter Trust board chairman Dave Brown and board member John Le Brun will be ''roughing it'' on Sunday night to start the trust's fundraising efforts and bring attention to the plight of homeless people in Dunedin.

Mr Brown said the trust hoped to raise about $650,000 to buy two Lees St buildings which the trust rented at present.

''They are in the ideal location with the ideal set-up and we want to buy them,'' he said.

Mr Le Brun said if the trust bought the buildings, its services would be ''secured for generations to come''.

The pair, who will be joined by Labour MP David Clark, would spend the night in cardboard boxes in the Octagon from 5pm.

As well as rasing the profile of the trust's fundraising efforts, it would also raise awareness of homelessness, which had become Dunedin's ''elephant in the room'', Mr Le Brun said.

The problem was increasing, with 695 bed nights recorded at the shelter from December 2012 to November 2013, up 46% on the same period the year before.

The fundraising campaign was named Eat the Elephant! and donors could support the trust's fundraising efforts by buying a small piece of the properties, whether it was a toilet, a kitchen sink or a square metre of land, Mr Brown said.

The pair were excited about the opportunity to raise awareness of the trust and the homeless in Dunedin, but they were nervous about Sunday's weather, with a temperature of 10degC and showers predicted overnight.