By Emma Perry
0 Comments
Six weeks after her husband died by suicide, Dunedin artist Kezia Field stumbled on a file on his computer called "For Kezia".

Opening it, she found a letter from him, expressing his gratitude to her.

"You taught me that love doesn’t have to come with a price", the letter read.

"You show me that daily life should be captured and not feared."

An art educator, Hunia Dean died just before his 50th birthday on September 4, 2018. 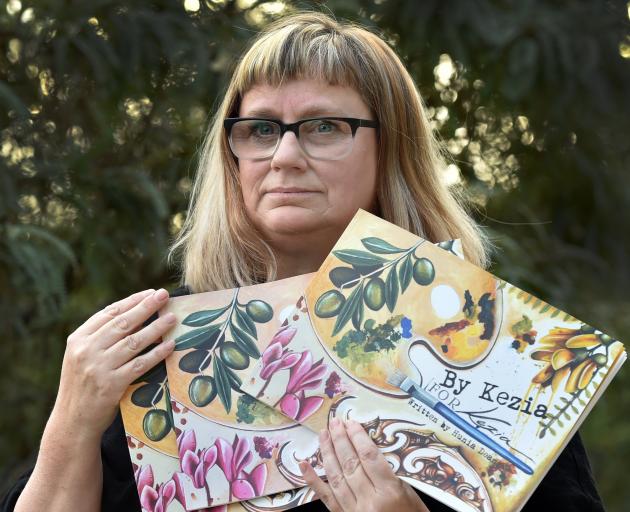 Dunedin woman Kezia Field has illustrated a book in memory of husband Hunia Dean, who died in 2018. PHOTO: PETER MCINTOSH
Discovering the words of her late husband, who suffered from depression, was reassuring, Ms Field said.

"It gave me faith I did the right thing and did help him, even though he took his own life."

She was inspired to illustrate a book based on the letter and in memory of her husband, a "highly talented, thoughtful and intelligent" man.

"I needed something to help with the healing."

Since July last year, Ms Field and 16-year-old daughter Olive had worked for countless hours on illustrating the book.

"If I got paid by the hour I’d be a millionaire."

A feeling of relief came with seeing the first copies printed last week.

"I was so consumed with it for such a long time, it’s good to finally have it done.

"I hope it will bring awareness to the issue, if it helps people I’ll be very happy."

Ms Field gave copies of the book to Life Matters Suicide Prevention Trust to sell and keep the proceeds.