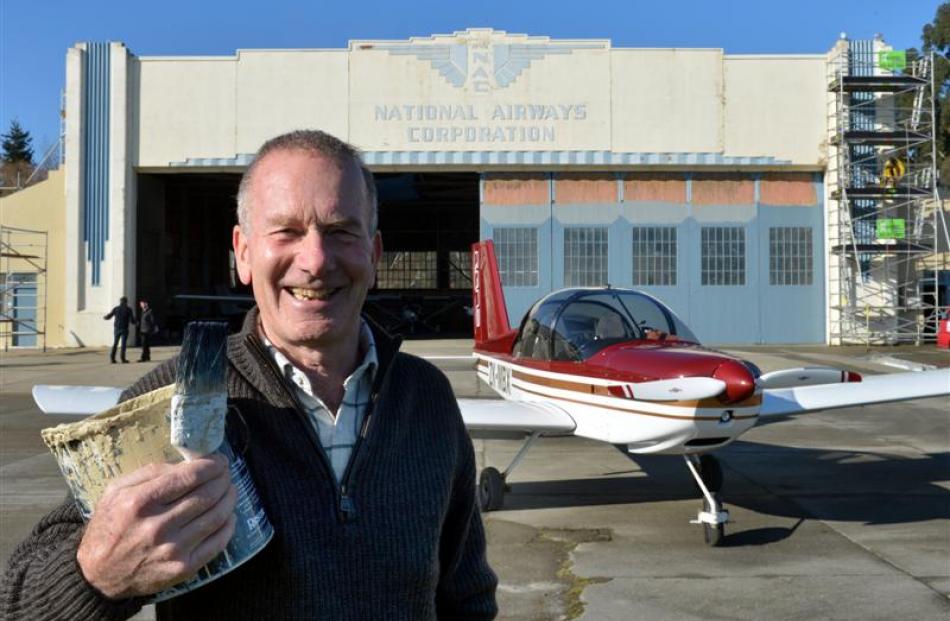 Retired businessman Murray Barrington, who has given $60,000 to the Otago Aero Club to refurbish its historic hangar, with his Rans S19 Class 2 microlight plane he built recently. Photo by Stephen Jaquiery. 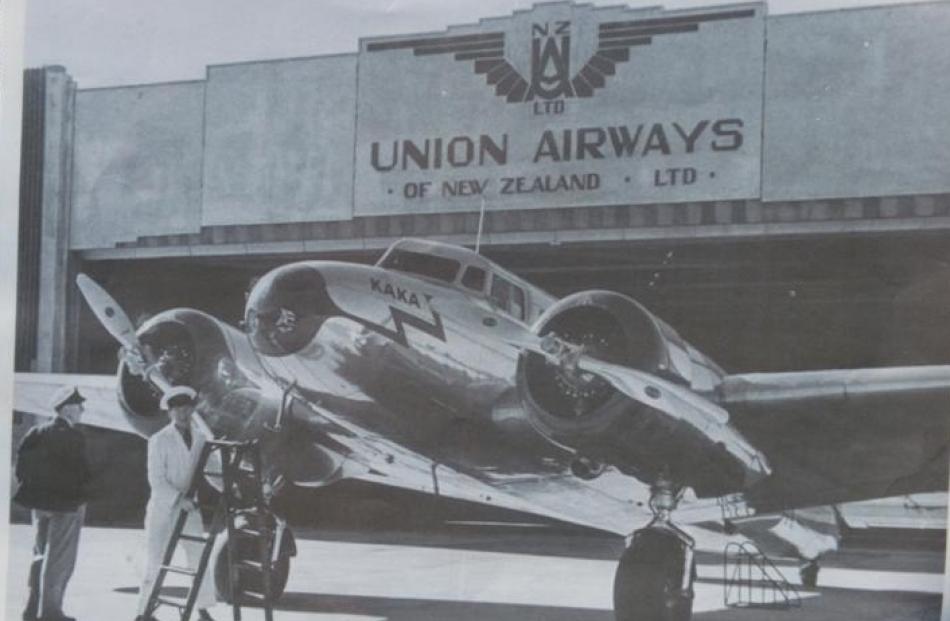 A pilot and engineer check a Lockheed Lodestar outside the Union Airways hangar in the mid-1940s. Photo supplied.

An historic air base hangar built nearly 80 years ago is set to get a makeover, thanks to the charity of a local aviation enthusiast.

Murray Barrington (71), a retired businessman turned trainee pilot and plane builder, gave $60,000 to the Otago Aero Club to restore its main hangar, which was built in 1936.

Mr Barrington, who recently completed building his own microlight plane which he keeps at the airfield, said he wanted to secure the future of the hangar.

''I think it's such a great facility, and things are getting tighter and tighter for the club.

''I wanted to make sure it survives, really.''

Mr Barrington, former owner of Dunedin business Freedom Wigs, said it would cost $70,000 to refurbish the hangar and the clubrooms.

The rest of the funding had come from Bendigo Valley Sports & Charity Foundation ($7000) and the Otago Community Trust ($3000), he said.

The hangar would be refurbished to the state it was during the mid-1940s, when the airfield was a training base during World War 2, he said.

It would be re-painted in the same art deco colours and general maintenance work would be done.

''It's kind of looking a bit sad, and it takes a lot of money to do stuff nowadays.''

The facility was originally called the Union Airways hangar.

It became the National Airways Corporation hangar after the World War 2.

Otago Aero Club life member John Penno said the donation would secure the future of the hangar for another 60 years.

''I think it's incredible. I can't express my appreciation enough from the Aero Club members for what Murray's done.''

Mr Penno said the facility was an historic building which was well worth preserving.

''I started coming here when I was an 18-year-old kid.

''You could see it deteriorating so rapidly. It was quite disappointing.''

The refurbishment was expected to be completed in four to six weeks, Mr Penno said.