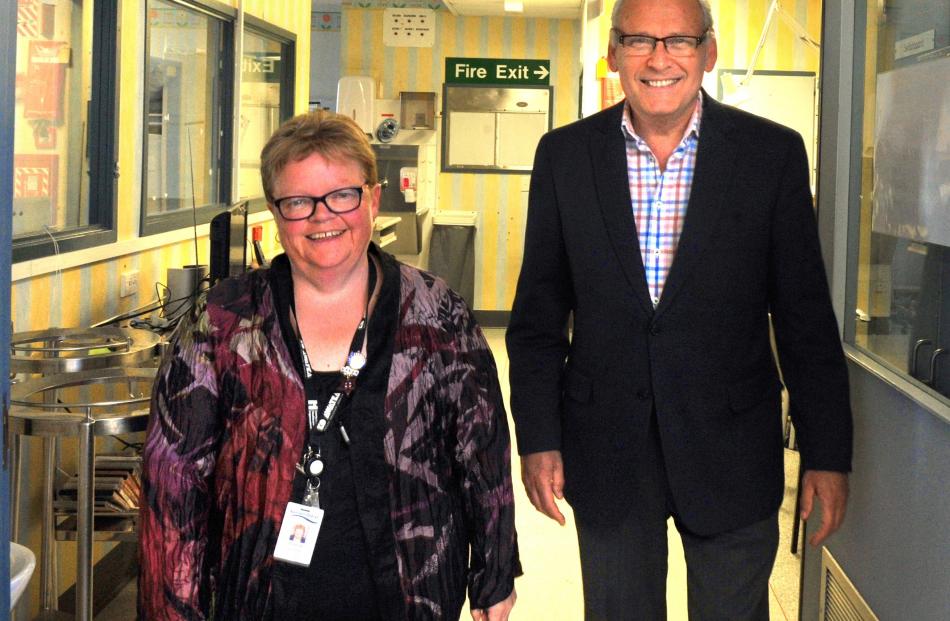 The fifth floor of Dunedin Hospital's ward block will be transformed by an expanded and rebuilt intensive care unit and a new high-dependency unit, the project leaders say.
The $11 million project will use the entire floor including the existing unit, the former neonatal intensive care unit, and ward 5B, which will shift. It is by far the most complicated project of the package of $22.5 million for special interim works approved this year by the Government.

The ICU will not be completed until December 2017, and it does not have final sign-off from Wellington, although that is a technicality reflecting the project's complexity. Senior manager Leanne Samuel and senior clinician David Perez have been appointed clinical project leaders.

The plan includes shifting the audiology unit to Wakari Hospital and redeveloping the gastroenterology unit. The two smaller projects will be finished by the end of next year.

The ICU linked with many departments and those were being consulted about the plans, Dr Perez said. A new high-dependency unit would be built beside the ICU.

"What we call in the jargon co-location," Dr Perez said.

At present, high-dependency units were scattered throughout the hospital, in areas such as coronary care, and the plan was to bring some of them together. That meant looking at "models of care" - the way patients were treated and triaged.

"As this is reconfigured, it's an opportunity to look at the way the units are brought together."

The planned facilities are likely to end up being redundant in about a decade, when they will shift to the rebuilt clinical services building.

But the work being done on revamping the "models of care" would be important beyond that shift, Dr Perez said. Both units involved high level patient care, but the 10 ICU beds were the hospital's highest level.

"[There are] different levels of care occurring in different little units around the hospital which are not integrated. ‘‘It's an opportunity to say can we bring similar levels of care together in one location?"

Co-locating the units meant sharing expertise, training, and clinical standards. In the meantime, the old neonatal intensive care unit would next year be used as a temporary gastroenterology unit while that unit was redeveloped.

The state of ICU was a factor in its training accreditation being withdrawn last year by the College of Intensive Care Medicine of New Zealand and Australia.