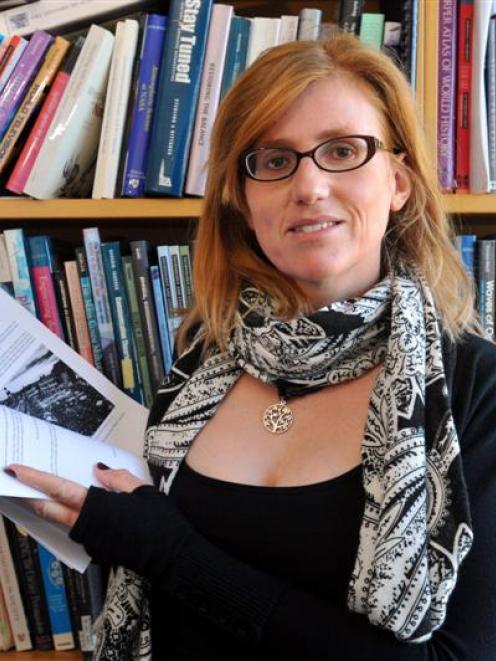 ''It's wonderful. It's great to see that people are using the project right off the bat,'' Dr Pearson said this week.

''I'm feeling incredibly relieved and happy with not only the process [of writing the book], but also the product,'' she said.

Much of the work to create the 119-page Media Studies 101 textbook was done during intense bouts of collaborative writing over a single weekend, in November last year.

Academics on both sides of the Tasman joined forces to create the textbook, which was designed to be used by students in Australia, New Zealand and the Pacific.

The internet-linked project aimed to break down barriers to education.

Such barriers included the ''cripplingly high'' cost of some textbooks that did not meet the local needs of New Zealand and Australian tertiary students, organisers said.

Richard White, copyright officer at Otago University, believed this swiftly-produced electronic textbook was the ''first initiative of its kind'' in New Zealand and - in its media studies discipline - perhaps also a world first. This was ''a real 21st-century textbook'' and Dr Pearson's team had ''really achieved something wonderful here'', he said.

Dr Pearson, who is a senior lecturer in the Otago University media, film and communication department, was delighted by the ''very positive'' interest in the project, from several New Zealand high schools, and from a host of countries, including Canada, Poland and Papua New Guinea.

This US-headquartered, non-profit body aims to expand the number of creative works available for others to build upon legally and share.

Dr Pearson said the textbook had been released via the internet last week by the ''Media Text Hack Group'' that had created it.

The book's Creative Commons licensing arrangement meant educators and students could adapt and rewrite it using their own examples and explanations, without having to ask our permission.