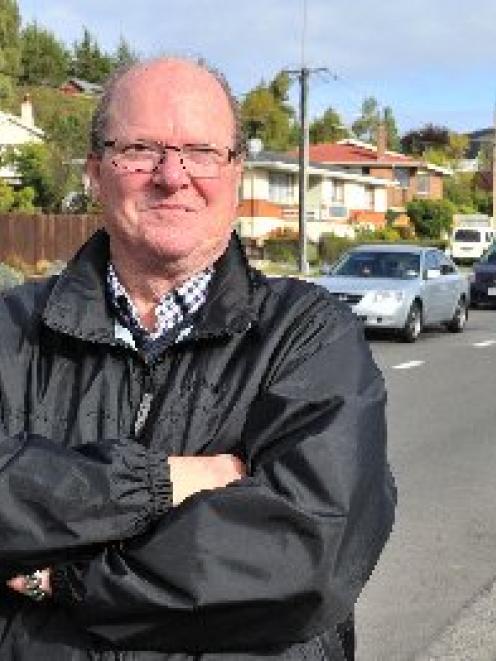 Mr Feather, who chairs the Mosgiel-Taieri Community Board, made a submission this week about safety issues involving Gordon Rd, Mosgiel, at a Dunedin hearing involving the draft Otago Southland regional land transport plans.

Mr Feather said he fully appreciated the need for transport safety improvements for Mosgiel, including for cyclists, was clearly highlighted in the plans.

But he was concerned no physical work to improve the key and ''very complex'' traffic intersection in Gordon Rd was envisaged in the plans, for the next six years. The cycling plans also needed to be brought forward.

Mosgiel's population was continuing to grow strongly, up 13% since 2001, and the number of residential dwellings had grown 18% in the time.

The number of heavy trucks, including logging vehicles, had also increased.

The board submission noted that Gordon Rd - which is also State Highway 87 - was ''a pivotal corridor'' for traffic moving to and from Mosgiel and its surrounds.

New residential subdivisions to the north and east of Mosgiel were filling rapidly, intensifying pressure at the rail crossing, a ''pressure point'' on State Highway 87.

The board also urged the panel to give ''strong weight to our growing community's needs'' and ''deliver much earlier a safer transport corridor and strategic cycle network'' for the community.

Mr Feather said the intersection faced heavy pressures several times a day, including between 8am and 9am, about 3pm when parents arrived by car to pick up children from the nearby East Taieri School, and about 5pm.

A particular problem was traffic wanting to join the main street from nearby side streets, and drivers, at times, were missing up to three phases of the lights, he said.

At peak times, queues for main street traffic were up to a block long, and even experienced drivers were sometimes faced with ''high stress'' and having to sometimes make quick decisions under pressure.

Mr Feather said he had been given a good hearing at the draft regional transport plan hearing in Dunedin on Monday, and the panel had asked him to provide further printed information to support his case, which he had since done.