Job for gangster, how about autistic man? 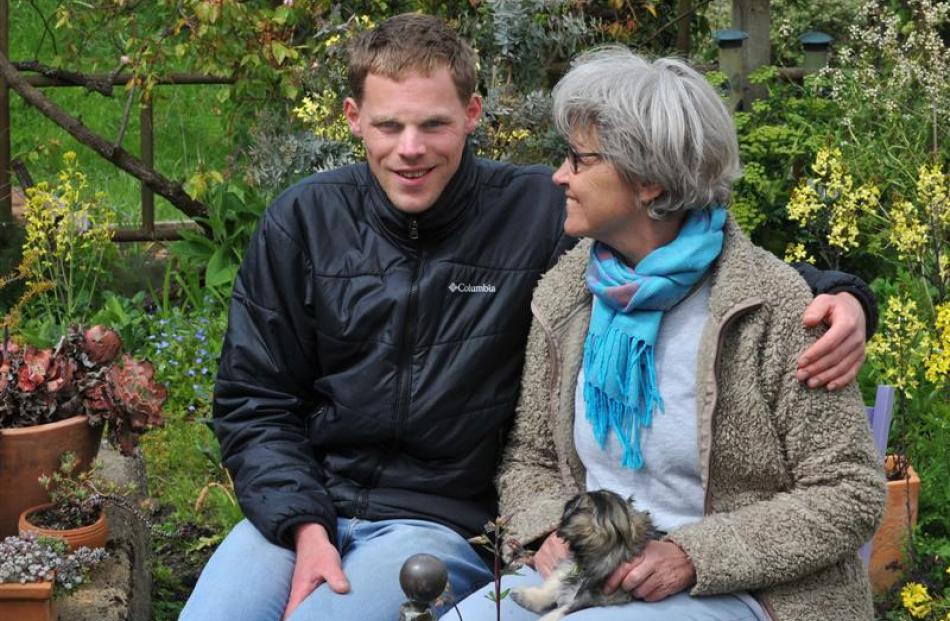 That was the stark message delivered to the Dunedin City Council this week by a Dunedin mother fighting for the future of her 28-year-old autistic son.

Mr Epere's contract was explained as a ''leap of faith'' by council staff, who said it was the chance he needed to turn his life around and give his children something other than gang life to aspire to.

Ms de Groot said she had nothing but praise for the council's decision to support Mr Epere, but that same support was not available for her son, Thomas van der Lugt. His moderate autism made finding work very difficult for him.

He was fit, strong, wanted to work outside, had been trained to use mowing and weed-eating equipment and his ''deepest wish'' was to one day have a part-time job, Ms de Groot said.

She and her son had tried to find him work for the last three years.

They had knocked on many doors, but no job had resulted.

''You almost start doubting your own abilities. You know, why can't I make this work? What am I doing wrong?''But he was still determined to have a job of his own.

''On the days that I would be working, it would be, well, I've got something to get up for, to get ready for. You know? I can go to work.''

''The positive feeling you get out of that, seeing something creative come to life. And being part of a team, a crew, and helping on what is obviously a massive job.''

Mr van der Lugt's autism made the social aspects of a job challenging, and it was likely he would initially need more support and time from an employer than a worker without a disability, Ms de Groot said.

Much of that support would be provided, without cost to an employer, by the Mount Cargill Trust, she said.

The trust provides residential and respite care for children and adults with intellectual disabilities.

But perhaps the best way to convince private employers of the benefits of hiring people with disabilities was for the council to take the lead - like they had with Mr Epere, she said.

''My son never had a choice in getting this disability, or this disadvantage. This man did have a choice, and he decided to join a gang.

''I have asked, pleaded, and begged, but all I have been able to get [my son] is some gardening for friends.''

Many city councils in Europe were required to employ ''a certain number of people with physical and intellectual disabilities'' she said, and private employers ''tended to do that as well''.

''Could that not be a requirement for Delta, when the council awards them their contract?''

Cr Jinty MacTavish said Mrs de Groot's submission was ''very timely'' as the council was looking at its procurement policy.

''I'd very much like our new [procurement] policy to follow Europe's lead and embed consideration of broader social and environmental outcomes in future council purchasing decisions.''

At Tuesday's meeting, Mayor Dave Cull said while the council was unable to give Ms de Groot an assurance her idea would come to fruition, ''you can be assured that a conversation will be had considering your submission''.