Key taker: 'You've got to do something' 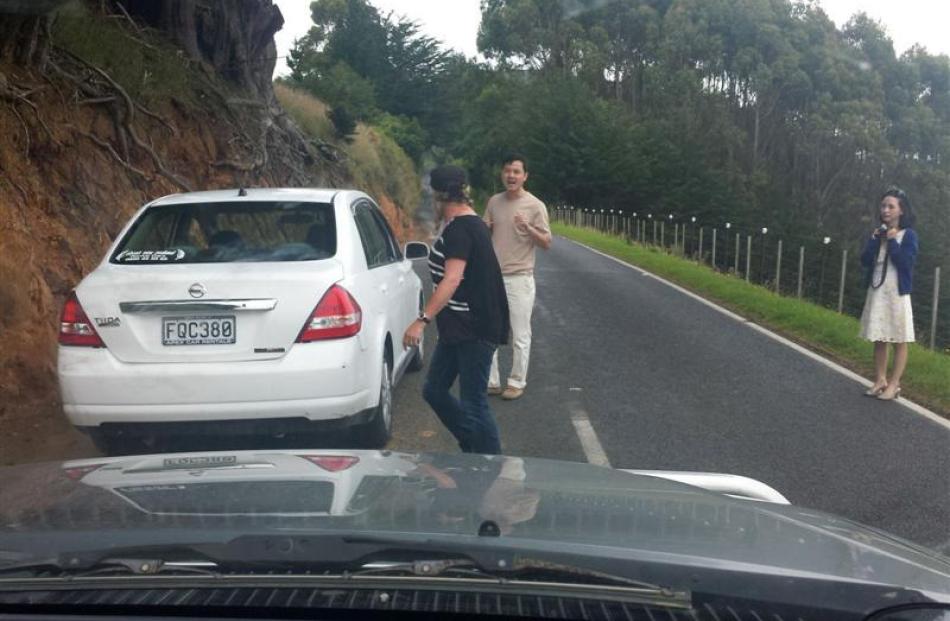 An incensed Dunedin man took car keys from a tourist who had stopped to take photos on Otago Peninsula, causing eight vehicles to back up on the narrow road.

It is at least the fifth time a driver has taken the keys off an overseas tourist in recent weeks, with police urging the public not to take matters into their own hands.

In the latest incident, Robert Penman took the the keys off a foreign driver because ''I've been in a head-on crash before and I don't want to be in another one.

''When you see the near-misses you see on a daily basis ... well you've just got to do something.''

And the Otago Peninsula resident did just that on Saturday afternoon after seeing a rental car parked in the middle of one lane of Highcliff Rd.

Eight cars were soon backed up behind the parked vehicle while the occupants took photos of the peninsula.

Mr Penman said it was not safe to pass and he tried tooting several times.

Eventually, the couple went back to their car and drove on at 20kmh.

The rental car later turned into a driveway, with Mr Penman and his son getting out of their vehicle to block their eventual exit.

By that stage, he had rung police.

The pair watched as the man and his female passenger changed seats and then the woman drove towards them with the handbrake on.

The male tourist then got out of the rental car and ''started pushing me''.

''When he started to push me, I went around to the driver's side and grabbed the keys, and I said `you are not going anywhere'.''

Mr Penman said the tourist then accused him of trying to steal his vehicle.

''I said you have been dangerous driving and I am giving the keys to police.''

Southern District acting road policing manager Senior Sergeant Steve Larking said police spoke to both parties, with the visiting driver given information about where to park safely, while Mr Penman was told to ''calm down''.

No infringement notices were issued.

Mr Penman told the Otago Daily Times he had made frequent complaints to police before about dangerous driving on the road, and ''Police say they can't get there. When nothing proactively is being done about it, I think it is time for change.''

He made no apologies about his actions and would do the same again.

''It is no different from taking the keys off a drunk driver in a pub car park''.