By Mike Houlahan
0 Comments
Being pitched into a mass of stinging insects might not sound like everyone’s idea of a birthday treat.

But Frankie Wells, who turned 4 yesterday, could not have been more excited.

Her preschool, Bayfield Kindergarten, has a very busy beehive in its back garden, and as a birthday treat Frankie was one of two pupils allowed to don the school’s child-sized beekeeping suits and get up close and personal with the nectar-gathering insects.

The hive was introduced this year as an additional teaching tool in a school which already has an active nature programme, including several animals and a full vegetable garden.

"The bees have opened the door to all other kinds of learning," teacher Rae Shurbutt said. 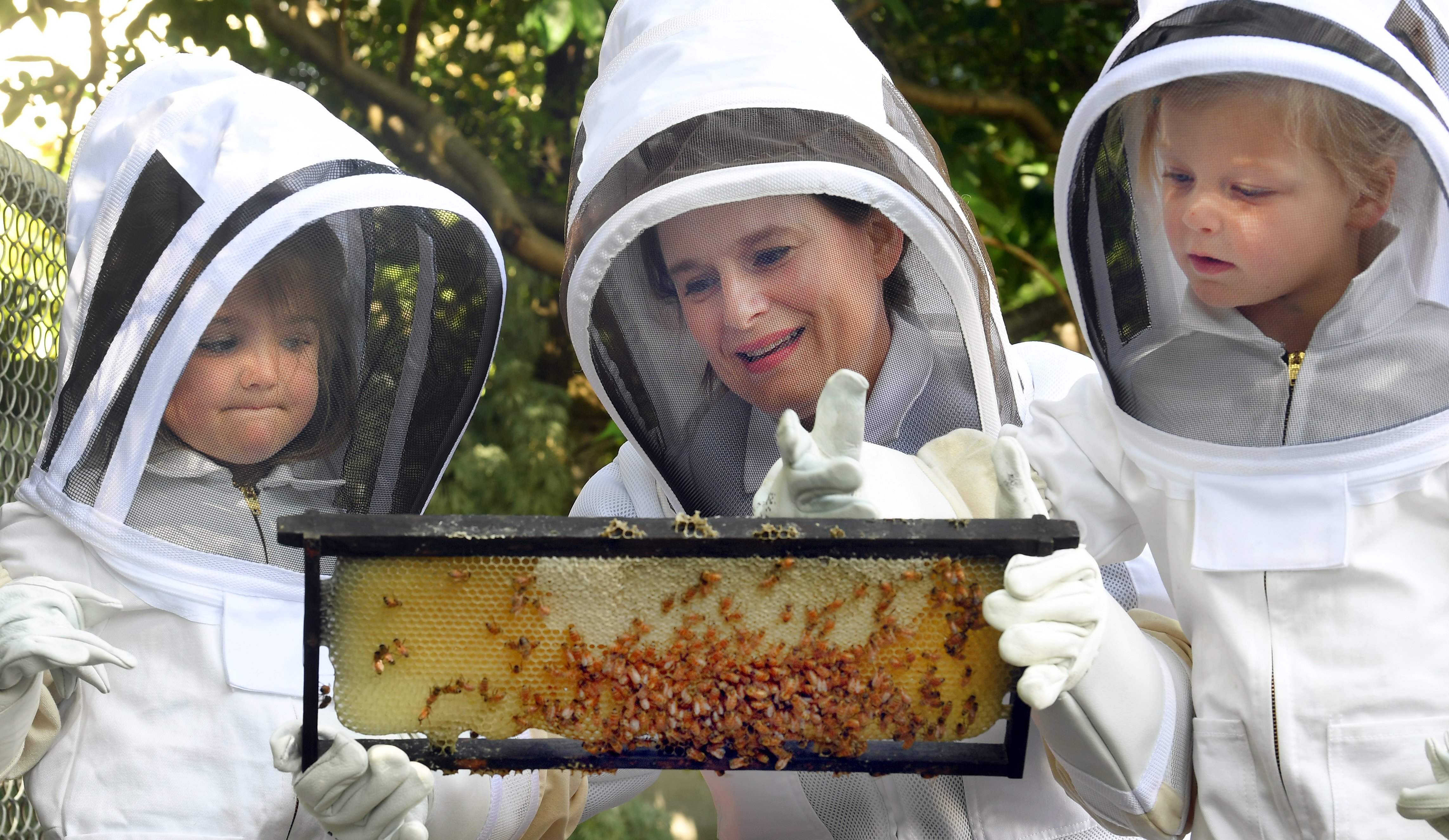 Bayfield Kindergarten teacher Rae Shurbutt examines a frame of honeycomb and its bees, closely watched by 4-year-olds Frankie Wells (left) and Sofia Mahon. PHOTO: STEPHEN JAQUIERY
"They are very conscious now of bugs and bees and are very careful not to squash them ... we are in the garden daily and the children know how to move around the bees and how close they can get to the hives."

Up until now, a shortage of miniature bee suits had meant just two pupils at a time had been able to join Ms Shurbutt at the hive.

However, the kindergarten had raised enough money to buy eight more of the $100 suits, which were expected to arrive soon.

Tim "the bee man" McMullen had volunteered his services to tend the kindergarten’s hive.

"At this time of year, we are using a feeder so I need to come in once a week but normally I wouldn’t come in more than once a month ... I usually try and do the maintenance during the day so that the kids can participate.

"They are really into it, and I think it’s also useful to get them used to the idea that if a bee does sting them it’s usually an accident: if you get them angry they might sting you, if you leave them alone they probably won’t," Mr McMullen explained.

Ms Shurbutt said pupils had helped to plan and plant out their bee garden, and had also made mosaic tiles to mark out a safe path around the hive.

The beehive was now producing honey, although the question of what to do with the combs of honey remained unanswered.

"At the moment we are letting the bees keep their own work but I think eventually it will make its way back into our kindergarten community."