Knee-deep and wanting to cry 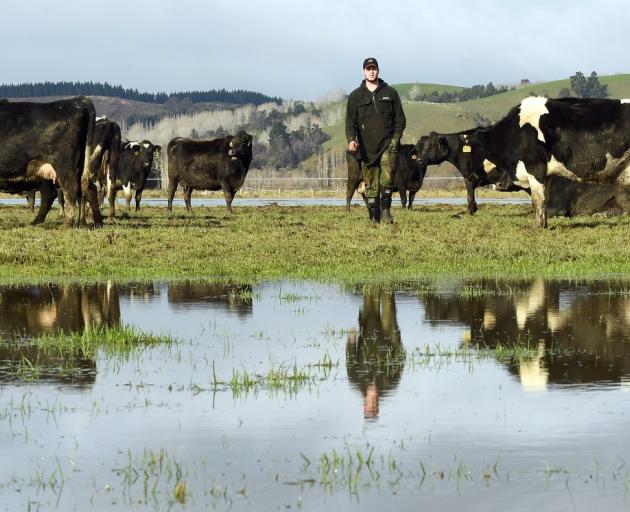 Taieri dairy farm worker Jessy Clark on the family’s farm, which is almost all still under water. Photo: Stephen Jaquiery

"It's just the worst thing to happen to a farm," Taieri dairy farmer Katie Clark rues as she stands in knee-deep floodwater in front of her home.

Calving is due to start in two days on the Clark family’s property, on Otokia Rd West, yet most of their farm remains under water.

Yesterday, their house was surrounded by water, firewood was floating in the yard, they could not use the shower or toilet, a mattress had floated from a shed into the garden, and there was no sign of the water level dropping.

Ask Mrs Clark how she is faring and she says "it’s horrible. We just want to cry. Look where our cows are." 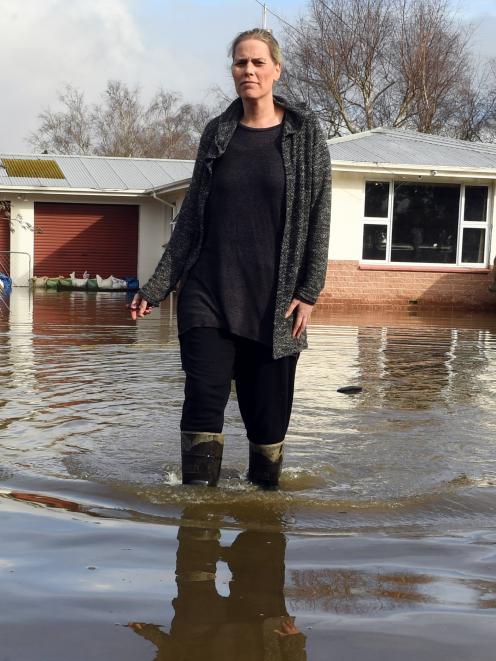 Katie Clark stands in the front yard of her Otokia Rd West home, which is surrounded by floodwater. Photo: Stephen Jaquiery

Those cows were on the only available higher parts of land and son Jessy, who works on the farm, said they were feeding out "heaps" of silage, as they were unable to graze winter crops and so much of their grass was under water.

Asked how they would cope once calving began, he said he hoped  the water would start subsiding very soon.

"We just don’t understand. Six days, and we get told every day it’ll start to go down," Mrs Clark said.

The family have been on the farm for 11 years and it was the worst flooding they had seen. While their house was not flooded inside, she expected a lot of property would be lost in a shed that had flooded.

And once the water did clear, there was going to be a "big mess" left to clean up, Jessy Clark said.

Federated Farmers territory manager Nick Abbott said it was a "waiting game" until the water disappeared.

Working gangs were ready to move into affected areas as soon as the water was gone. In the meantime, the frustrating factor was the "unknown of the weather", Mr Abbott said.

Several days of fine weather and the water disappearing would make a "whole different picture".

Some farmers did not know at this stage whether they needed help with fencing or extra feed, and things would "all break loose when everything’s exposed".

There was a good bank of feed available for those farmers needing it, along with grazing, particularly for young stock, he said.

Vets, rural servicing companies and industry organisations such as DairyNZ were all working hard to help farmers.