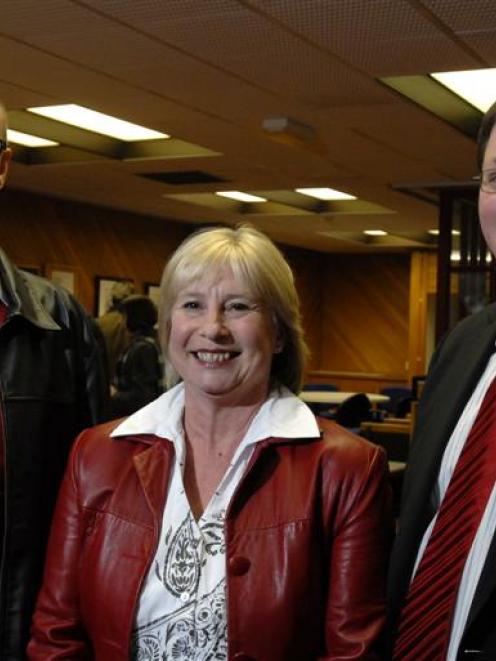 Current MP Pete Hodgson has been in the job for 20 years but has decided to exit politics, opening the way for a new MP.

Before Mr Hodgson, Stan Rodger represented the electorate for 12 years.

Taking part in the selection process will be three Labour Party council representatives appointed by head office, including a Dunedin-based representative; two Labour Electorate Committee representatives, selected on the day; one panel member elected by members attending; and the "popular vote" from members, which will count as one vote.

That gives six panel members and a vote from the floor.

In some selections, Labour's head office officials have stacked the panel to ensure their preferred candidate is selected.

However, it is unlikely the head office appointees will go against the wishes of Dunedin North members.

The last time that happened, Labour lost the seat to National candidate Richard Walls, in 1975.

Mrs Alexander said it felt strange that after advocating on behalf of others for 20 years, she had to go to members promoting herself.

"It is a weird competition as all three of us share common values and principles. Defining the difference is very difficult. When Young Labour asked me what made me different, I said 'I was the girl one'. But it's our experience and past work that has brought us to this place.

"Whatever happens, it is important for all of us to be able to work together next year to win the election," she said.

Mr Clark said he had been encouraged by the selection process and was looking forward to Saturday.

"I have been campaigning hard since the beginning. It's great to get in touch with people I haven't met and renew connections with people I already know. I have worked hard and am ready for members to make their decision."

Mr Wilson has campaign experience through his time as president of the Otago University Students' Association.

Although he was used of standing in front of crowds of students seeking election, the experience of meeting members one on one was challenging but "invigorating".